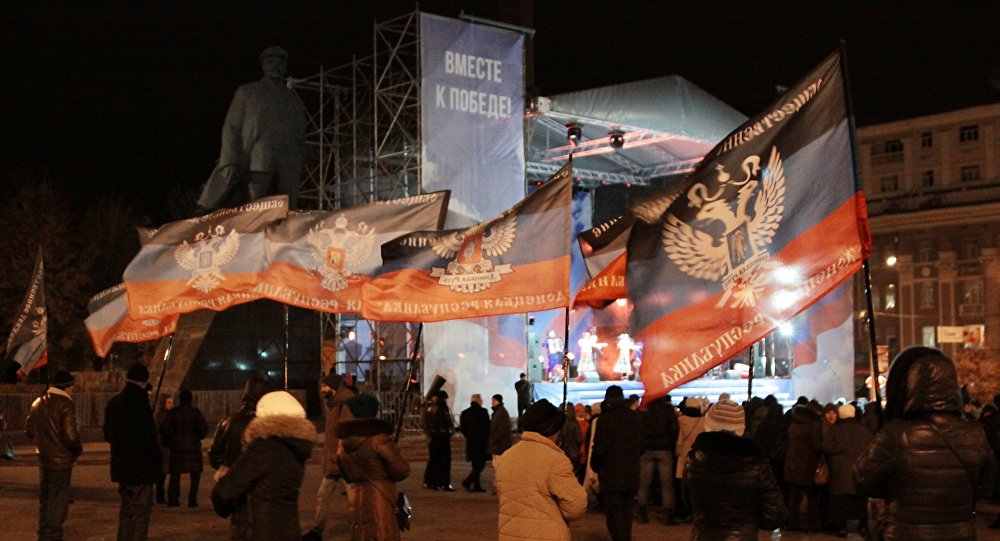 Despite huge and unprecedented international pressure and harsh demands that were heard even in the UN premises the two breakaway Ukrainian territories- Donetsk and Lughansk People’s Republics took a joint decision to hold presidential and parliamentary elections on Sunday, November 11. After recent assassination (last August) of Alexander Zakharchenko, the head of Donetsk Republic, members of the local government and parliament expressed their unanimous opinion that the current vacuum of power must be resolved by free and democratic means – general election. Their colleagues in Lughansk, who also had an acting head of the Republic, fully supported that step which comes in compliance with the Minsk 2 agreements- the fact that caused outrage in Kiev supported by their patrons in the West – US and EU – writes Louis Auge,

To prove democratic and transparent character of the elections both Republics invited a large group of international observers and journalists who represented more than 20 states, among them – France, Belgium, Germany, Greece, Italy, Austria, Russia and others. The group included current and former MPs, senators, former ministers, public activists and political analysts.

According to their comments to media, local and foreign, after visits to many polling station in the main cities of both Republics and in the countryside, the whole electoral campaign and the voting had all democratic features generally familiar to Western states. The most surprising fact for European representatives was the turnout of voters. All of them specially stressed that such huge crowds of people who wished to vote even in early hours, soon after all stations had been open, has nothing to do with the reality in Europe during elections there.

The Belgian MP Jan Penris told reporters that he was really shocked with such numbers of voters. “In my country voting is obligatory and person is fined if refused to vote”, he said. “But here we saw completely different picture, voters come absolutely voluntarily, with happy faces”. He also said that he talked to many people at polling stations, all of them were eager to vote to support their statehood and independence, while participation in the elections, according to Penris, “was a real festivity for them”.

Another observer, Greek former minister of defense and former MP Costas Isychos stressed that “the West has to learn much” from the electoral experience in Donetsk and Lughansk, first of all from “excellent organization” of the process which was “fully open, transparent, free and democratic”.

Italian veteran senator Antonio Razzi shared the conclusions of his colleagues adding that after holding this election “Donetsk will have all necessary features of statehood: popularly elected head of state and legislative body”.

As it was widely expected Kiev has immediately condemned the elections in Donetsk and Lughansk People’s Republics branding them as “illegitimate and unlawful”. Despite the unprecedented turnout of around 80%, and the pluralistic choice that was guaranteed to voters, the US and Great Britain once again said that “the elections violate the 2015 Minsk agreements”, calling them “fake”.

No matter what is being said these days in the West about the elections in Donetsk and Lughansk it is clear that the two Republics will continue the process of their statehood building. They also underline that both territories never sought a unification with Russia but seek to develop close integration ties.

Being totally abandoned by Kiev, with the Minsk process facing a real deadlock, the newly elected leaders Mr.Denis Pushilin in Donetsk and Leonid Pasechnik in Lughansk will face a lot of challenges very soon, first of all to guarantee peace and stability to their regions.