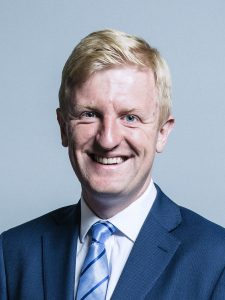 Theatres could be re-opening next Spring, the Government has suggested.

However, Culture Secretary Oliver Dowden told MPs he didn’t have a firm date to re-open without social distancing.

But he is aiming for a “not before” date in March or April to give producers time to plan.

Productions around the country have come to a halt because of the Covid-19 pandemic.

Only last week the Government advised people in the arts to re-train for other work.