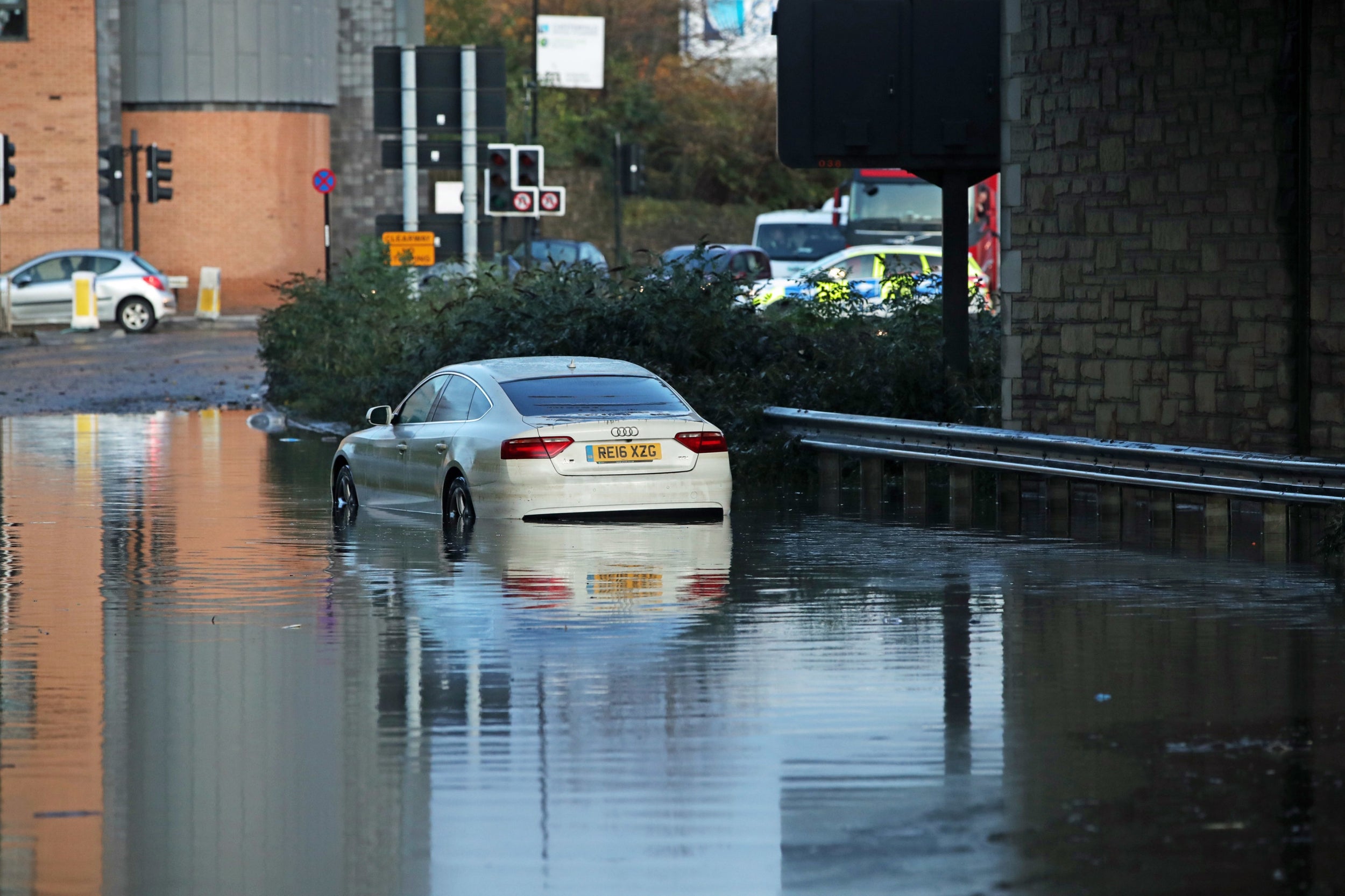 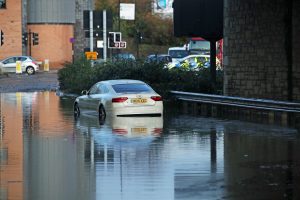 Stranded people have spent the night in a shopping centre after being trapped in torrential rain.

The constant downpours have caused flooding throughout South Yorkshire and North Nottinghamshire.

Sheffield and Doncaster have both been hit by the incessant rain.

Although a month’s rain has fallen in less than two days, weather experts warn there’s more on the way.

A major incident was declared in Sheffield.

In nearby Rotherham, firefighters had to rescue more than 100 by boat.

In Mansfield, Nottinghamshire, 35 homes were evacuated after a mudslide caused by heavy rain.

More than 100 weather warnings are in place, causing serious disruptions to road and rail transport.

Northern Rail has issues a “do not travel” warning to commuters in parts of northern England.

Riverbanks have burst in graves park and water is flooding out into the road! Nightmare. #sheffield #woodseats #flood @BBCSheffield pic.twitter.com/y1hXjjQMl7