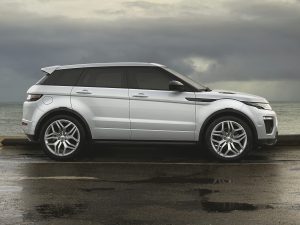 Owners of hi-tech £30,000 Range Rovers are being told to use an old-fashioned crook-lock to stop the vehicle being stolen.

West Midlands police gave the advice after a spate of Evoque thefts.

The model is keyless, but thieves are using electronic grabbing devices to steal the cars off driveways – sometimes in less than 20 seconds.

The force tweeted: ‘We are currently seeing a surge of thefts targeting Range Rover Evoque vehicles.

“If you have one please consider adding addition security such as steering locks, OBD blockers, immobilisers, trackers, Faraday bags for the keys if the vehicle is keyless entry & parking bollards etc.”

Faraday bags, named after the inventor of the Faraday cage, prevent radio frequencies picking up the key’s locking codes. 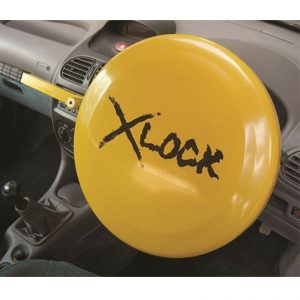 Nationwide campaign to clamp down on uninsured drivers →