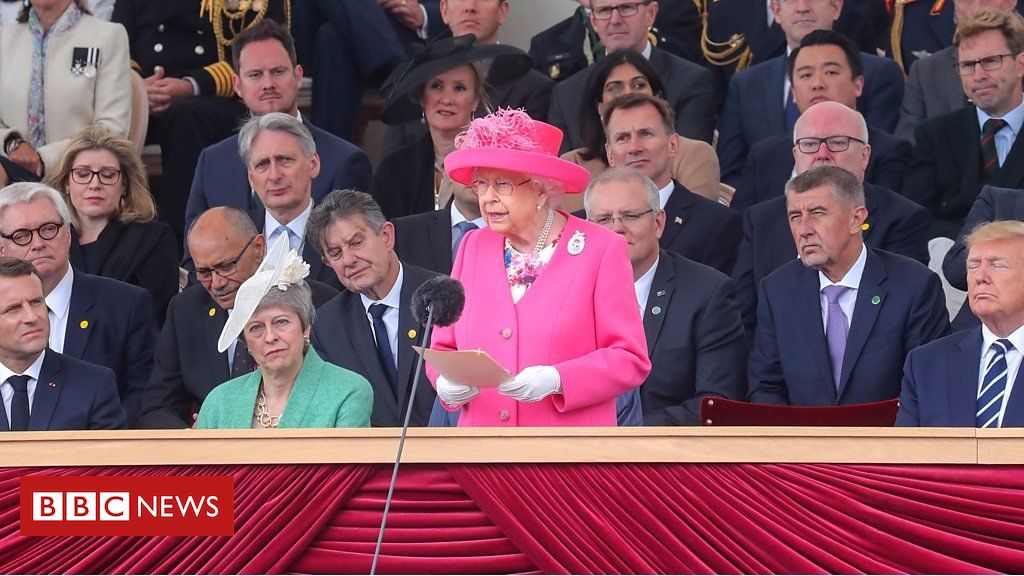 The Queen has paid tribute to the “heroism, courage and sacrifice” of those who died in the D-Day landings.

She was joined by 16 world leaders, including US President Donald Trump, in Portsmouth to commemorate the 75th anniversary of history’s largest combined land, air and naval operation.

Mr Trump, on the final day of his state visit to the UK, said D-Day “may have been the greatest battle ever”.

Veterans of the landings in Normandy to liberate western Europe also attended.