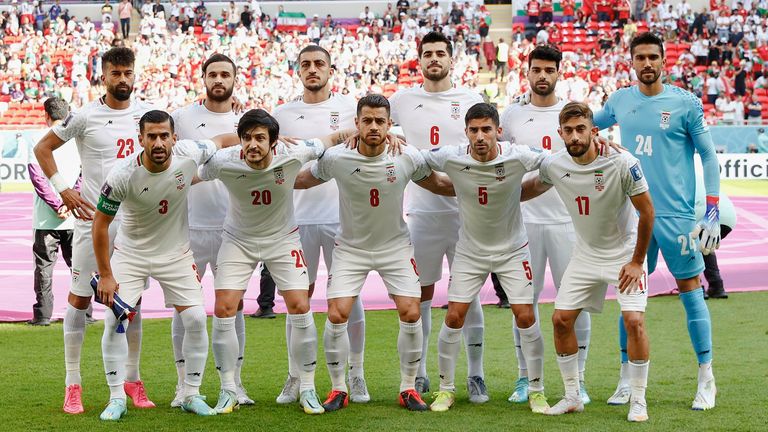 As a gesture of solidarity with protestors, the governing body of American soccer temporarily displayed Iran’s flag on social media.

Iran claims that this is insufficient and calls for America’s withdrawal from the football World Cup.

The Islamic Republic’s flag is composed of three horizontal bands, in red, green and white. In the middle of the flag is written the word “Allah”.

The USSF stated that the word was removed from the soccer federation’s posts in solidarity with the “women of Iran fighting for basic human right” following the death in custody of 22-year old Iranian woman Mahsa.

The US men’s soccer team’s Twitter account displayed a banner that included matches from the group stage. The Iranian flag was only shown with its green, red, and white colours.

In 1980, the US and Iran severed diplomatic relations.

On Tuesday, the country’s football teams will face off in their final group stage match. However, a representative from Iran’s soccer association called for America’s expulsion from the World Cup because it claimed that the flag of Iran was “disrespected”.


Iran’s football team members refused to sing their national anthem during the first match against England, also in support for the protesters back home. However, they were told that they would be singing it correctly in the second game against Wales.