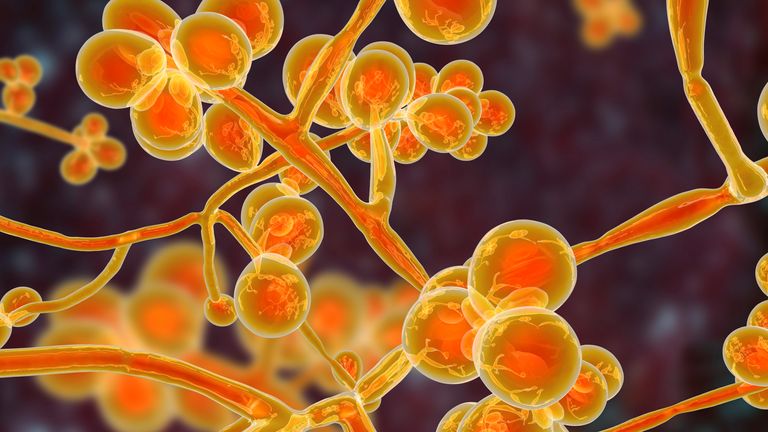 The World Health Organisation released its first ever list of fungi that pose the greatest threat to human and human health.

The WHO report which outlines fungal “priority diseaseogens” warned that some strains are becoming increasingly drug-resistant and more common.

It said that only four types of treatments are currently available, and there are very few new options.

According to WHO, climate change is affecting the geographic distribution and incidence of pathogens. However, resistance may be partly driven by over-use antifungals in agriculture.

It warned that people with cancer, HIV/AIDS and organ transplants are at greatest risk for invasive fungal infections.

The WHO lists 19 fungi on its fungal priority pathogens listing that pose the greatest public health risk.

This list divides pathogens into three groups – critical, high, and medium priority – based on potential impact and data about their resistance risk.

Candida auris has been linked to numerous hospital outbreaks worldwide. It is highly resistant to drugs. This is an emerging fungal infection, which can also cause infections in those with weak immunity.

It is a worldwide-reported pathogenic yeast that can cause invasive candidiasis in the blood (candidaemia), central nervous system, eyes and bones.

The mortality rate for invasive candidiasis caused by Candida auris was between 29% and 53%.

Cryptococcus Neoformans is an infection that can affect people with immunodeficiency, such as HIV or cancer. It can also cause meningitis.

Cryptococcus Neoformans can cause Cryptococcosis. It is a life-threatening condition that can lead to blindness or kidney impairment.

Aspergillus fumigatus, a common mold, is found in both indoor and outdoor environments. It can cause lung problems in those with a lung condition, such as asthma or pulmonary fibrosis.

Thrush is a common, unpleasant condition caused by Candida albicans. It can also cause severe infections, such as meningitis or septicaemia in those with weak immune systems.

The report highlighted the need for clinical trials to reduce morbidity or mortality.

According to the WHO, the climate changes as well as increased international travel and trade could increase the number of fungal infections worldwide.

Due to the insufficient quality data and lack of attention on fungal infections, it is difficult to know the extent of fungal diseases and resistance to treatment.

WHO has asked governments and researchers to increase their responses to the 19 fungi listed.