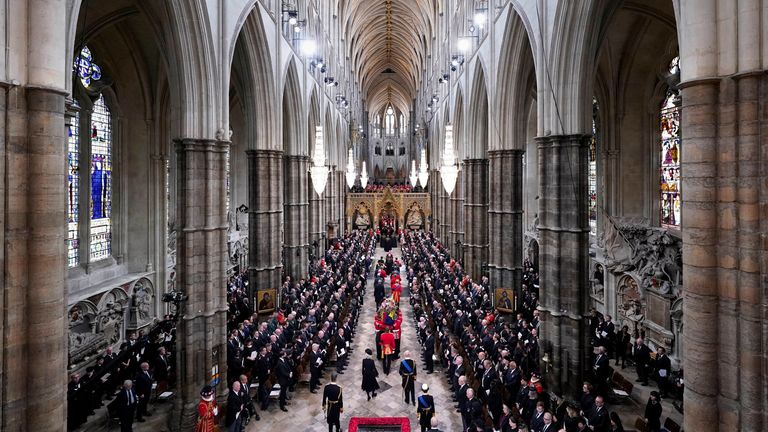 For the funeral of Queen Elizabeth II, the Royal Family and 2,000 others gathered at Westminster Abbey.

The congregation was made up of heads of state, prime ministers, presidents, members European royal families, and key figures in public life.

The coffin was then taken by procession from Westminster Abbey towards Wellington Arch, before it made its way to Windsor.