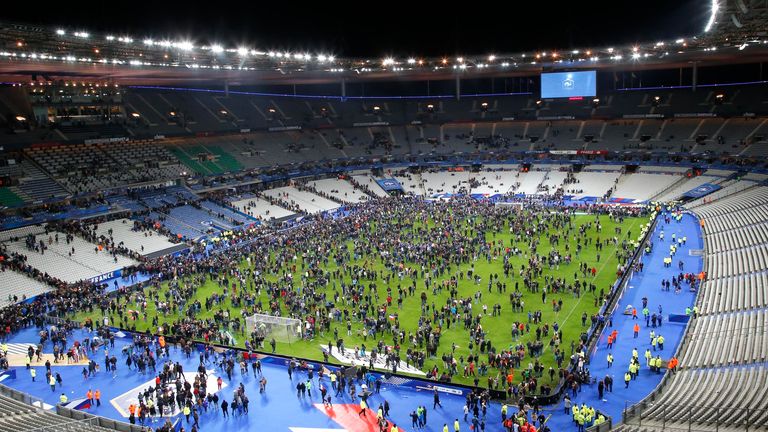 The trial of 20 men accused of carrying out one of the worst peace-time terror attacks in Europe is expected to conclude in Paris later on Wednesday.

The men, all suspected Islamic State terrorists, are accused of killing 130 people and injuring hundreds more in coordinated attacks on 13 November 2015.

Within minutes of each, they detonated bombs at the Stade de France, the Bataclan concert venue and opened fire on diners at restaurants across the French capital.

Fourteen are being tried in person, another six in-absentia, presumed either dead or missing whilst fighting for IS in Syria.

A special secure court was built for the 10-month trial, the largest trial in modern French history.

Five judges heard evidence from over 2000 witnesses, including more than a million pages of evidence, 300 lawyers and testimony from European counter-terrorism personnel.

The main suspect is Salah Abdeslam, the only surviving member of the group that carried out the attacks – the rest are accused of helping plot the attacks.

Abdeslam’s brother, Brahim, was also involved in the attacks but blew himself up the night after shooting dead young Parisians drinking and eating in cafés.

Suspect changed his mind out of ‘humanity not fear’

At the start of the trial in November 2021, the 32-year-old Abdeslam defiantly gave his profession as an “Islamic State fighter” but in recent weeks, as the trial has wound up, he has asked for forgiveness and has claimed he deliberately dumped his suicide vest to prevent more people dying.

“I go into the café, I order a drink, I look at the people around me and I say to myself ‘no, I’m not going to do it’,” he told the court.

“I changed my mind out of humanity, not fear.”

On Monday, as the trial wrapped up, he tried to apologise to the victims, claiming he was not a murderer.

However, French police and prosecution lawyers said his suicide belt was found to be defective and this provides a more likely reason why he did not detonate it.

Abdeslam, a French national, raised in Belgium and with Moroccan roots, went on the run for four months but was eventually found hiding in the Brussels district of Molenbeek, close to his family home.

A close friend of Abdeslam and fellow defendant, Mohamed Abrini, is accused of providing weapons and logistical support.

Abrini also took part in suicide bombings in Brussels in 2016 but says he regrets his involvement now.

“I’ve put faces to the victims, I’m aware that what happened is disgusting,” he told the court.

‘They started spraying bullets all over’

Relatives of the dead, and witnesses to the attacks, have sat through months of harrowing evidence in hope of finally finding truth and justice. 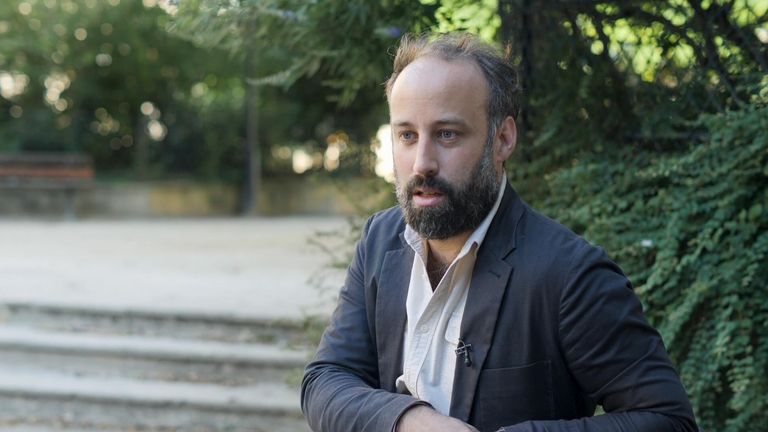 Arthur Denouveaux recounts the night he survived the attack at the Bataclan theatre.

One of those, Arthur Denouveaux, survived the attack on the Bataclan theatre and told Sky News that the process has helped him.

“Testifying in front of the court and hearing all the testimonies from all the victims has been very helpful because I’ve seen I was not alone, which I knew, but is somehow different to it publicly,” he said.

“Then that was broadcasted all over France. And maybe all over the world, and that has been a strong message of how tough we were, but still struggling.

Read more:
How the deadly attacks unfolded and the manhunt which followed

“In my memory, when the terrorists came in, there was a lot of shooting and then a long period of silence before they shot again.

“And that did not seem to match with anything that I read about it. But that was true. They started spraying bullets all over.”

“He [Abdeslam] feels very apologetic, but I think he is apologetic towards himself. He’s mad at himself for getting into that, and either going into that and not going the whole way and getting in that middle ground where he will be in jail for probably the rest of his life.”