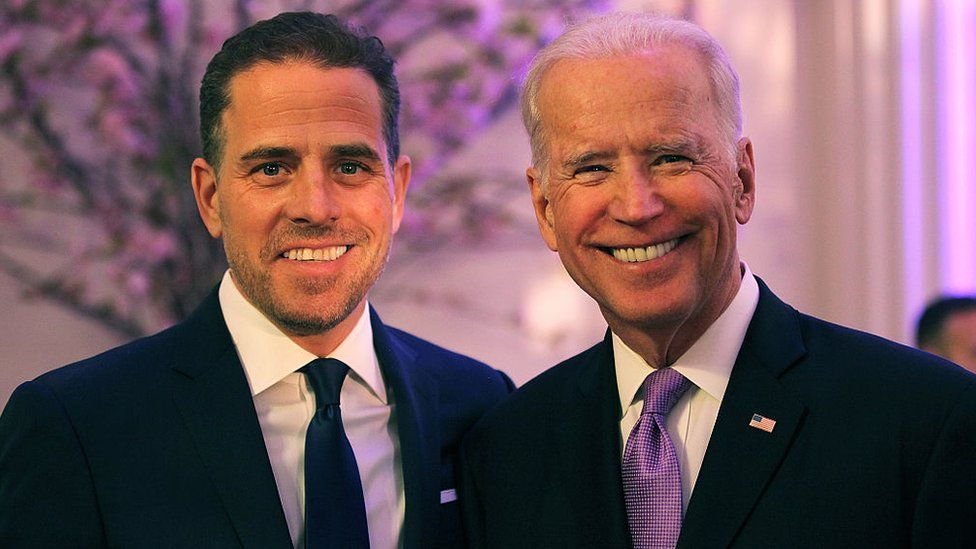 In many years of writing about politics, and in particular about political corruption, no story has intrigued me as much as the ongoing Biden Hunter/BURISMA scandal – writes Gary Cartwright

In a nutshell, Biden was appointed to the board of BURISMA holdings, a Ukrainian natural gas company founded in 2002 by Mykola Zlochevsky, an ally of ousted former Ukrainian President Viktor Yanukovych.

The latter, as will be remembered, fled the country to Russia on February 21st 2014 following the Maidan Revolution, escaping not only with his life, but with millions of dollars in cash. He is believed to currently reside in the Barvikha “luxury village” in the Moscow region, which he reportedly purchased for $52 million on 26 February 2014.

BURISMA is currently owned by the Cyprus-based offshore company Brociti Investments Limited, which records show is owned Zlochevsky himself, who also fled Ukraine shortly after Yanukovych, under suspicion of tax evasion and money laundering.

Company documents show that Hunter Biden became a member of the board of directors of BURISMA Holdings on April 18th 2014, two months after the tragic events of Maidan.

This is particularly interesting as his father, Joe, had himself been the White House’s main interlocutor with Yanukovych while the latter was president of Ukraine.

The fact that this suggests a less than subtle attempt to ingratiate the BURISMA clique with the son of the man who in 2014 looked like a contender for the White House would not surprise any observer familiar with the dynamics between oligarchs and politicians –  who are, in fact, often one and the same – in Ukraine.

Nor should it come as any surprise that Biden Jr. employed on a reported salary of $80,000 a month, according to witnesses, and as reported by Reuters in October 2019, never once visited Ukraine for company business.

At one point, while his father was father was Vice President of the United States, Biden Jr. was cohabiting with a female drug dealer, as attested to by him in his autobiography, Beautiful Things: A Memoir (April 2021).

During an investigative documentary presented at the Brussels Press Club in June of this year, “A LOT OF HOT AIR. Who’s telling the truth in the Burisma gas scandal?”  , produced by UK-based media consultant Tim White, and presented by James Croskell, journalists presented documents purporting to show the transfer of funds to offshore companies that may be related to Hunter Biden.

They also alleged that the cases against BURISMA in Ukraine led to the dismissal of top officials after a phone call from the US presidential administration.

So had the BURISMA clique, which may include both the disgraced and ousted former president of Ukraine and his sidekick Zlochevsky, who reportedly tried to offer the anti-corruption authorities of Ukraine a record-breaking $5 million bribe to close the case against BURISMA, targeted the spaced-out and habitually drunk Hunter Biden in order to gain access to the White House?

In July 2021 a Post reporter said that in 2015, then-Vice President Biden “met at Cafe Milano with his son’s Ukrainian, Russian, and Kazakhstani business associates one day before a BURISMA executive thanked the first son for the opportunity to meet his father” and “hosted at the Naval Observatory Mexican business associates of Hunter Biden.”

Whatever the truth, Biden Jr. himself appears to have little or no recollection of events.

A laptop, purported to have belonged to him, was seized in 2019 from a computer shop in Delaware. It contained, allegedly, emails suggesting he was arranging on behalf of third parties, possibly BURISMA, access to his father.

The water-damaged MacBook Pro was taken in for repairs which were never paid for. The shop owner retrieved the hard drive in an attempt to contact the client. He then made a copy of the hard drive which he gave to former Mayor NYC Rudy Giuliani’s lawyer, Robert Costello. Giuliani was at that time tasked by then President Donald Trump with pushing Kyiv to open an investigation into the Bidens.

Giuliani’s efforts on behalf of his former boss to persuade Kyiv to open an enquiry into the Biden’s have not been well received in the Ukrainian capital:  “If I get an official request from Southern District of New York, or any other non-partisan effort, such as potential disbarment of Rudy Giuliani, I would be open to helping them,” Igor Novikov, who served as a close adviser to Zelensky during Trump’s first impeachment, was reported as saying in February of this year.

“That is because I believe Mayor Giuliani’s actions in Ukraine threatened our national security,” he added. “It is our responsibility to make sure that any effort to drag our country into our allies’ domestic politics does not go unpunished.”

Biden Jr. has neither confirmed or denied any aspect of this story, saying that he has no idea of the laptop was his, or if it was, whether or not he put it in for repairs.

Whatever the truth in the BURISMA scandal, none of the actors involved come out smelling of roses. However, given the high stakes, one wonders if they will really care.

Gary Cartwright is a London/Brussels based journalist and author specialising in corruption and money laundering issues.