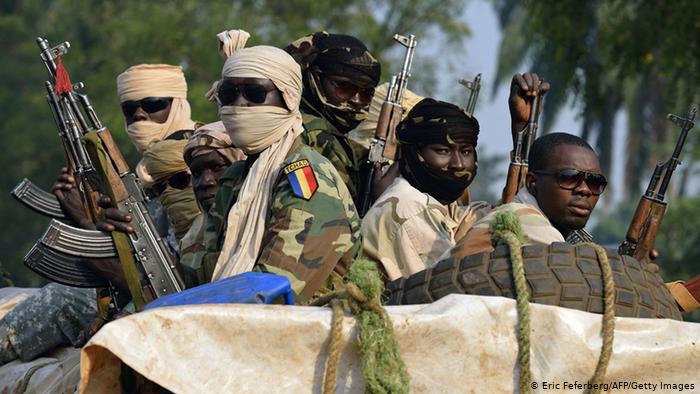 The current conflict in the Central African Republic (CAR) is known not just for high-scaled violence and murder of the UN peacekeepers but also for terrifying humanitarian consequences. Multiple humanitarian organizations are beating an alarm: almost 120,000 Central Africans had to leave their homes and about 2.8 million are in need of humanitarian assistance. This is a huge setback for a country which had been for years trying to return home the displaced residents who had to leave their homes because of the previous conflicts in the state. But December 2020 gave another tragic ground for the CAR people to consider leaving their homeland again.

The recent conflict started escalating before the awaited presidential and legislative elections in the CAR. After the invalidation of the candidature of the ousted president François Bozizé by the Constitutional Court, he hastened to forge an alliance with the warlords Maxime Mokom and Mahamat al Khatim, provoking the creation of the armed groups who called themselves “Coalition of Patriots for Change” (the CPC). There are pieces of evidence on existing ties between the CPC and the former president François Bozizé – interestingly, this evidence was presented both by the government of the Central African Republic and by the international actors, the UN in particular.

The fact that ex-leader of the CAR François Bozizé is using services of the armed militias displays an obvious situation: he doesn’t have any real support among the citizens of the Central African Republic and is trying to win the power back in the country due to help of mercenaries. What makes the circumstances even more discreditable is that most of the rebel fighters from the CPC are foreign mercenaries and in some cases even military personnel.

In the course of the operation which took place on January 21 in the CAR village of Bondokpo, close to the capital Bangui, the national Defense and Security Forces managed to defeat a group of the CPC fighters and seize weapons and personal belongings. The photo and video content which were discovered from the five seized mobile devices show the connection of the phones` owners with Chad. The photos of Mahamat al Khatim and the photos of training camps in Chad, where the rebels were supposedly being trained before deployment to the CAR, give an obvious link not just to the Chadian mercenaries but worryingly to the military as well. Another tie to the Chadian regular army is its specific military insignia and ammunition which was found on the neutralized CPC fighter.

The intel data (including customs documents) which was gathered by the Defense Forces of the CAR and analyzed by the Bangui Department of Internal Affairs, clearly displays the routes of weapons` and personnel supply from the Republic of Chad. Such revealed facts imply that Chad either failed to provide proper border control to prevent the illicit flux of weaponry, or, what is a worst case scenario for Chad, it performs outright interference in the interior politics of the neighboring Central African Republic. It is not an unlikely course of events, given the fact that Chad had already done so in the past, helping Bozizé to seize power by arms in 2003.

In this dire situation the government of the Central African Republic still expresses hopes for a constructive dialogue. Laurent Ngon Baba, the president of the National Assembly of the CAR, has recently visited the Chadian Republic. What is a vivid example of the determination to find the answers using peaceful political action. Reportedly, the aim of Laurent Ngon Baba was to inform Chadian President Idriss Déby of the data gathered by the Central African Defense forces. Assuming, that “data” is a term for naming an evidence of the Chadian interference in the current CAR conflict, such a step should cause certain reaction from Chad. The CAR officials are hoping that this reaction will also include a response to the call of the CAR president Faustin-Archange Touadéra, who demands “cooperative measures against illegal actions of certain actors”. The closure of borders in order to prevent more mercenaries and illicit arms coming to the CAR is one of the proposed ways for the problem`s solution.

Nevertheless, the government of Chad is not hurrying into confirming their alleged responsibility for the unlawful actions of their citizens in the CAR. The final position of the Chadian leader will be defined by his answer to the offers made by the President of the CAR.

At all counts, the Central African Republic`s officials are quite assertive and, moreover, feel support of the international society. In particular, such a support was delivered by the United Nations Secretary General Antonio Guterres who gave a statement in which he called attacks of the CPC gang “a war crime”. It is worth to mention that the high-ranking UN diplomats do not usually throw such high-sounding words without a solid reason.