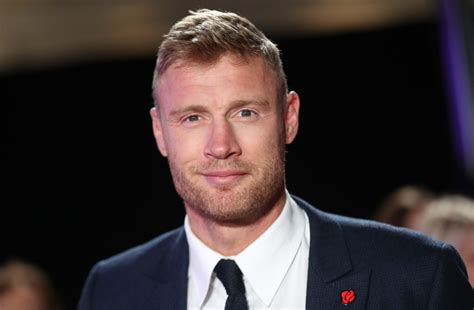 Top Gear presenter Andrew “Freddie” Flintoff was taken to hospital in an air ambulance after crashing during filming.

The former England all-rounder and captain was shooting an episode at Dunsfold Park Aerodrome in Surrey.

Flintoff, 45, was on cameras and driving when he crashed.

On-site medics rushed to his aid and decided to fly Flintoff to hospital.

It’s not thought the injuries are life-threatening.

A friend told The Sun newspaper:

“Freddie is in hospital after a crash on Top Gear.

“He was driving on the track as normal.

“He wasn’t going at high speeds – it was just an accident that could happen to anyone.

“All the usual health and safety measures were in place for filming too.

“Freddie was taken to hospital by air ambulance shortly afterwards.

“His injuries are not life-threatening, and he is receiving treatment.

“Filming has been postponed for now and all anyone cares about is Freddie recovering.”

The BBC confirmed Flintoff had been injured in the crash.

A spokesman said: “Freddie was injured in an accident at the Top Gear test track this morning – with crew medics attending the scene immediately.

“He has been taken to hospital for further treatment and we will confirm more details in due course.”