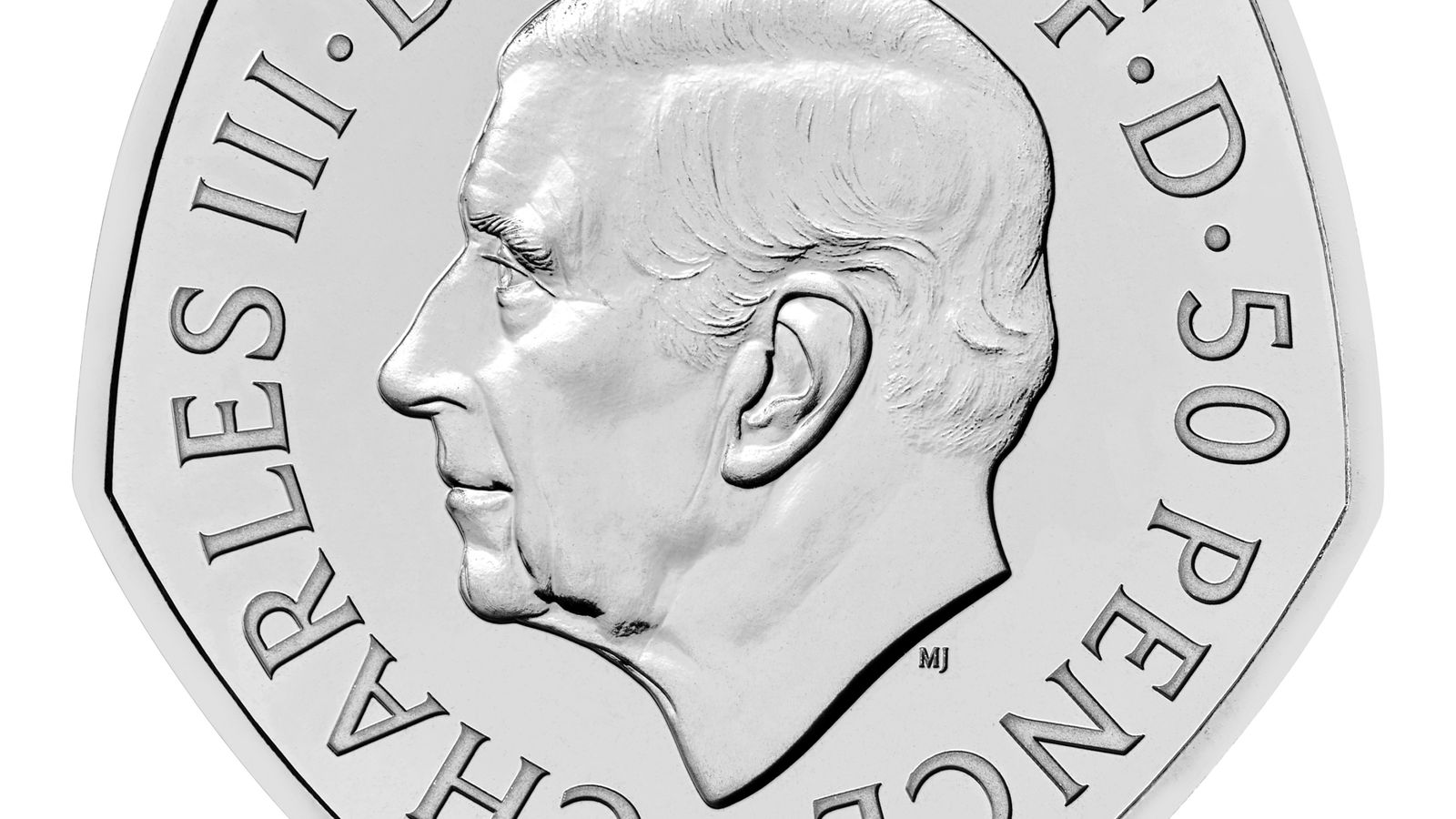 The first coins with King Charles’ portrait have gone into circulation.

His profile faces left – the opposite way to Queen Elizabeth’s coinage.

On the 50 pence reverse there is a tribute to the late Queen.

The design includes the four quarters of the Royal Arms within a shield.

Between each shield is an emblem of the home nations: a rose, a thistle, a shamrock, and a leek.

The design first appeared on the 1953 Coronation Crown, struck to commemorate her coronation at Westminster Abbey.

The King personally approved the design.

Coins carrying the Queen’s head will be in circulation for decades.