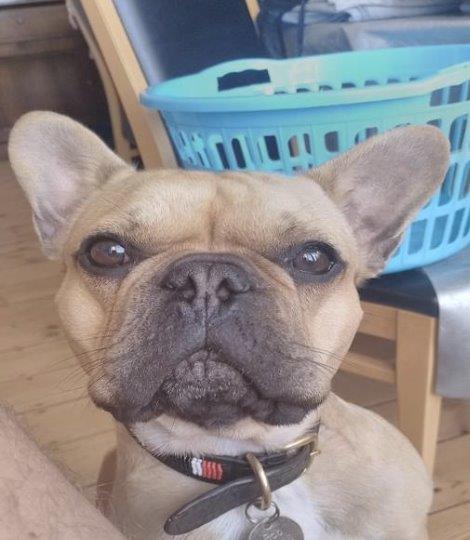 An international drug smuggling ring was brought down after a gangster posted a picture of his French bulldog, Bob.

Danny Brown had sent the photograph to another gang member.

The group liaised through the encrypted platform EncroChat, often favoured by criminals.

However, unbeknown, the French police had hacked into the platform.

From shared information, the UK’s National Crime Agency (NCA) spotted Bob had a phone number on his collar – giving detective vital technology clues against Brown and the gang.

They planned to hide £45 million worth of MDMA – ecstasy – in a 40-tonne digger and ship it to Australia.

The half-a-tonne of drugs was concealed in a lead-lined case and welded inside the crane’s arm.

Aware of the plan, the NCA allowed the digger to make its journey from Southampton to Australia.

When the container ship docked Australian police found the drugs and stripped them out  before Brown and his gang arrived.

When they finally took possession of the digger, they spent two days trying to find the drugs before realising something was wrong.

EncroChat messages showed how the gang members launched their own investigation and held meetings in a bid to find out who had stolen the drugs.

By using information gleaned from the encrypted messages, investigators from the NCA were able to identify the gang members and arrest them.

Brown, who used the codename “throwthedice”, was found through the phone number on his dog’s collar.

He’d also posted an accidental selfie in which his reflection could be seen in his television.

Another member, Stefan Baldauf, also posted a picture in which his reflection can be seen in a highly polished brass name plate.

“These men thought they were safe on EncroChat but my officers did a superb and painstaking job of building the evidence against them through a mixture of traditional and modern detective skills.

“Brown and Baldauf’s accidental selfies and the photo of Bob the dog were the cherry on the cake in proving who was operating those handles.

“But the OCG (Organized Crime Group) went to enormous lengths, even rigging an auction, in a bid to transfer the drugs to Australian conspirators.

“The NCA works with partners at home and abroad to protect the public from the dangers of Class A drugs which wreak so much misery on communities in the UK.”

“This case involved a colossal quantity of MDMA, with an estimated street value of £44 million, which posed a huge risk to the health and well-being of the Australian public.

“Organised criminals manufacture ecstasy and other synthetic drugs in dangerous illicit factories, so each individual tablet potentially poses a risk to the life of those using it.

“Excellent work from the Australian authorities identified the drug concealment in the mechanical arm of an excavator arm and prevented its onward distribution.

“Collaborative international working with our Australian partners has resulted in the successful prosecution of the men who had exported these drugs to the Antipodes.” 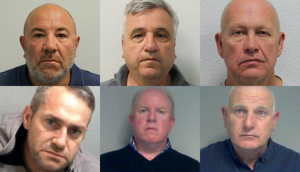