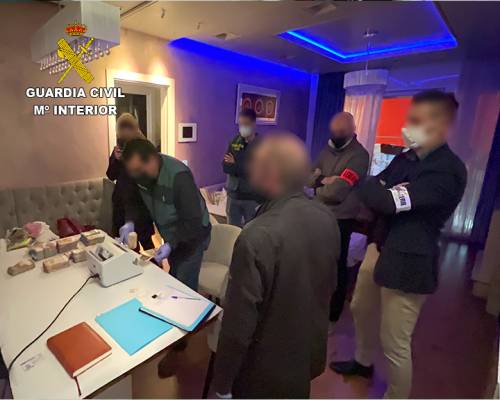 A drugs cartel that controlled a third of Europe’s cocaine trade has been raided by police officers.

Forty-nine arrests were made throughout Europe as Spanish authorities brought down the empire said to be run by a British national.

More than 30 tonnes of cocaine, luxury cars, watches and cash were seized in Spanish villas. 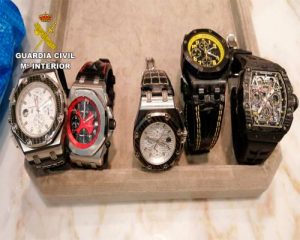 “The drug kingpins, considered as high-value targets by Europol, had come together to form what was known as a “super cartel”.

“They controlled around one third of the cocaine trade in Europe.

“The scale of cocaine importation into Europe under the suspects’ control and command was massive and over 30 tonnes of drugs were seized by law enforcement over the course of the investigations.

“Dubai had arrested two high-value suspects linked to the Netherlands, another two linked to Spain and two more connected to France.” 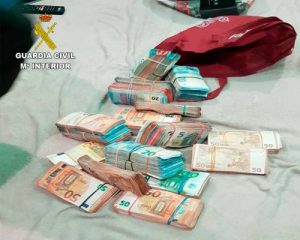 The Spanish police said more than 500,000 euros (£433,000) was confiscated during a raid on a series of luxury villas in Spain, along with three weapons, high-end cars, and luxury watches.

Video released by the Civil Guard showed heavily armed officers forcing their way into mansions and taking away suspects in handcuffs.

A spokesman for the Spanish force said:

“’During the investigation, officers discovered a criminal organisation was smuggling containers with cocaine inside through the ports of Barcelona, Valencia and Algeciras.

“They also established that a complex real estate business had been organised on the Costa del Sol to launder the proceeds of the profits obtained from the drug-smuggling.

“The leader of this organisation was identified as a British man linked to the Costa del Sol who had to leave Spain and move to Dubai after he was the subject of a kidnap attempt.

“From Dubai he continued to direct and co-ordinate the organisation’s criminal activities, while at the same time maintaining drug-trafficking contacts and business interests with the rest of the drug lords based in this emirate city.

Raids and arrests occurred across Europe and in Dubai between on November 8th and the 19th.

“With this international effort by all the agencies involved, a firm message is being sent to criminal organisations, in the sense that no place is safe for those who try to avoid justice.”

“From Dubai the leaders of this mega cartel controlled and directed the criminal activities of the different cells with the conviction that they were living in a sanctuary where they felt untouchable.”

The Civil Guard say three of the suspects held as part of Operation Faukas, the Spanish end of the Desert Light operation, are considered high-value targets by Europol.

It is not known how many British suspects have been held.

However, key drugs’ dealers from British gangs are known to run out of Dubai.