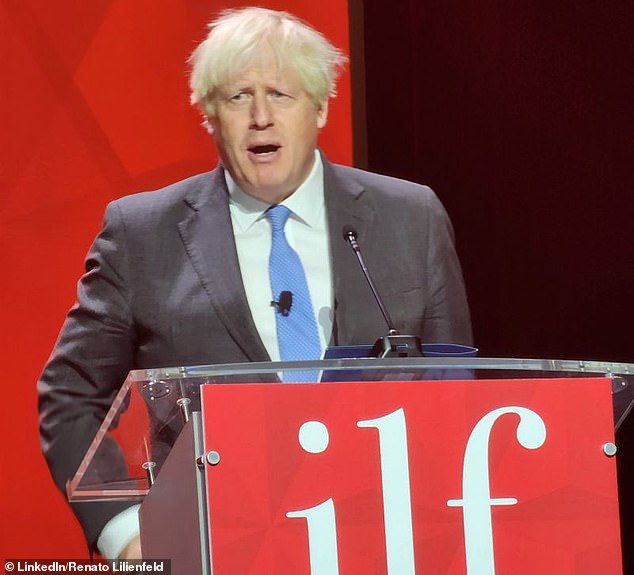 Former Prime Minister Boris Johnson has been paid £135,000 for a speech at an American insurance industry conference.

The bumper pay day came only 24 hours after he registered his company – “The Office of Boris Johnson Limited” at Companies House.

Mr Johnson is expected to earn millions on the public speaking circuit after his departure from 10 Downing Street.

Apart from speaking, he is looking to return to journalism and complete a long-awaited biography of William Shakespeare.

Mr Johnson spoke at the Insurance Leadership in Colorado Springs.

It was advertised as an “exclusive discussion on global politics and economics”.

He gave a 30 minutes’ talk before having a 45 minutes’ “fireside chat” on stage.

He spoke about Brexit, Ukraine, and the fact he was born in New York.

Also, he chatted about Donald Trump, The Queen, and drinking Emmanuel Macron’s “very fancy” French wine with the then German Chancellor Angela Merkel.

However, he stayed clear of commenting on his successor Liz Truss and the economic maelstrom facing the UK.

“It was a privilege, an honour, and a great opportunity to have the possibility to be so close to Mr Johnson in such an open environment.

“I found that he was quite relaxed.

“He spoke about many topics in general about what’s going on in the world, with Ukraine and with economics worldwide.

“He talked a little bit about what he was able to achieve in the years he was working as PM.

“He talked very much about Brexit as well and the reasons behind leaving the European Union.

“He’s still a great believer in Brexit and that Brexit is good for the UK.”