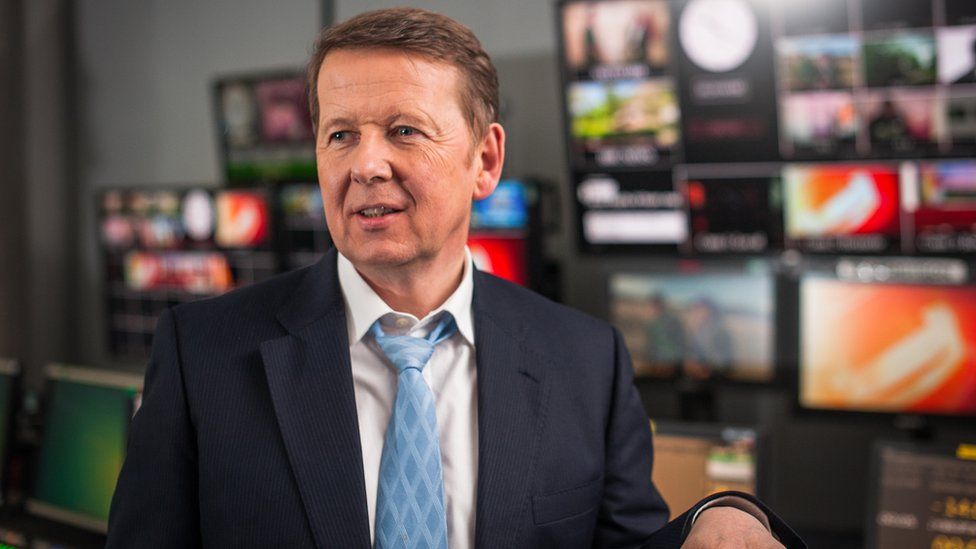 Former BBC presenter Bill Turnbull has died. He was aged 66.

In a statement his family said:

“Following a challenging and committed fight against prostate cancer, Bill passed away peacefully at his home in Suffolk surrounded by his family on Wednesday, 31st August.

“Bill was diagnosed in 2017 and has had outstanding medical care from the Royal Marsden and Ipswich Hospitals, St Elizabeth Hospice and his GP.

“He was resolutely positive and was hugely buoyed by the support he received from friends, colleagues, and messages from people wishing him luck. It was a great comfort to Bill that so many more men are now testing earlier for this disease.

“Bill will be remembered by many as a remarkable broadcaster who brought warmth and humour into people’s homes on BBC Breakfast and Classic FM.

“He was also a devoted Wycombe Wanderers fan and an ever-aspiring beekeeper. Bill was a wonderful husband and father to his three children; his family and friends will miss how he always made them laugh, and the generosity and love he shared with those around him.”

“Bill was a wonderful husband and father to his three children; his family and friends will miss how he always made them laugh, and the generosity and love he shared with those around him.”

He was diagnosed with prostate cancer a year later.

“Bill was a much loved and respected broadcaster and journalist – not just by viewers but by all those lucky enough to have worked with him.

“He always struck the right tone, no matter what the story.

“Warm, wise, professional, and caring, he will be much missed by us all.

“Our thoughts go out to his family and many friends.”