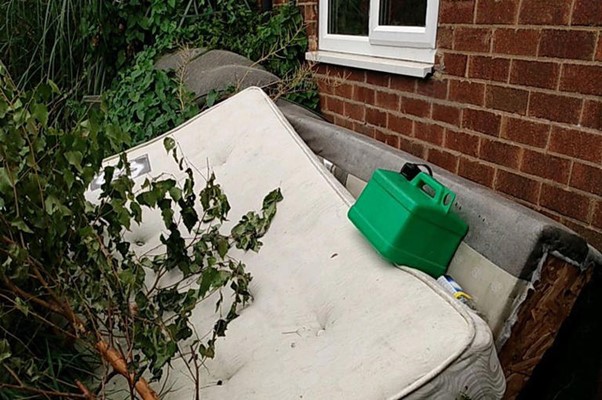 A man has been fined £1,100 for not clearing rubbish from his garden.

The penalty came after a series of warnings to Justin Burton to tidy up the mess.

People had complained about the smell and rodents at the house in Hucknall, Nottingham.

Burton had previously ignored a fixed penalty notice for £100.

Ashfield District Council applied to take the case to court.

“This is a fantastic result for the Community Safety Team.

“Justin Burton ignored numerous warnings to clear the waste from his garden and showed total disregard for his neighbours and the environment.

“A problem that was easy to fix has now resulted in a costly fine.

“This case should act as a warning to all those that think it is OK to dump waste in their gardens and get away with it.

The council is committed to dealing with anti-social behaviour and the minority who negatively impact other residents’ lives.”