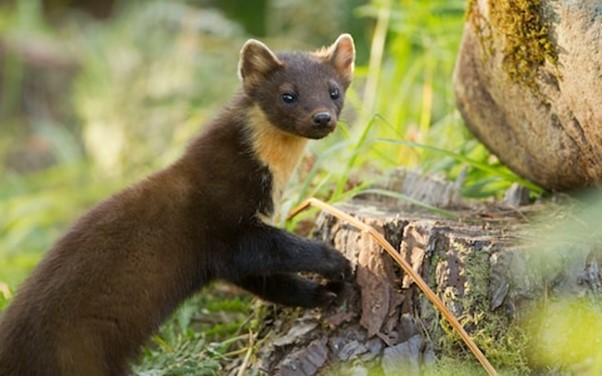 Pine Martens are returning to the South West after disappearing from the region more than 150 years ago.

Red squirrels too could be making a comeback.

Conservation experts hope the martens could be released in Exmouth and Dartmoor in two years’ time.

The Two Moors Pine Marten Project is in talks with local farmers and residents with its plans to return nocturnal predator to the wild.

The pine marten belongs to the family of stoats and weasels.

Although once common, it nearly became extinct in England due to lost habitat and persecution.

The Victorians shot pine martens for sport and trapped them for their fur.

Martens are omnivores – eating whatever is seasonally available.

They will take fruit and berries, as well as small birds, rabbits, and voles.

Also, it’s hoped martens will control the grey squirrel population – allowing the endangered red squirrel to be returned to the wild.

“Increasing evidence from Wales and Ireland suggests that the presence of pine martens can put stresses and pressure on grey squirrel populations, reducing their ranges, reducing their feeding, and breeding effectiveness.

“Pine martens aren’t a silver bullet but will be an important aspect in controlling grey squirrel numbers.”

“The next step will be to talk with local people and those with direct experience of pine martens to determine if reintroduction is right for Exmoor and, if so, how we can work together to design a successful reintroduction programme.”