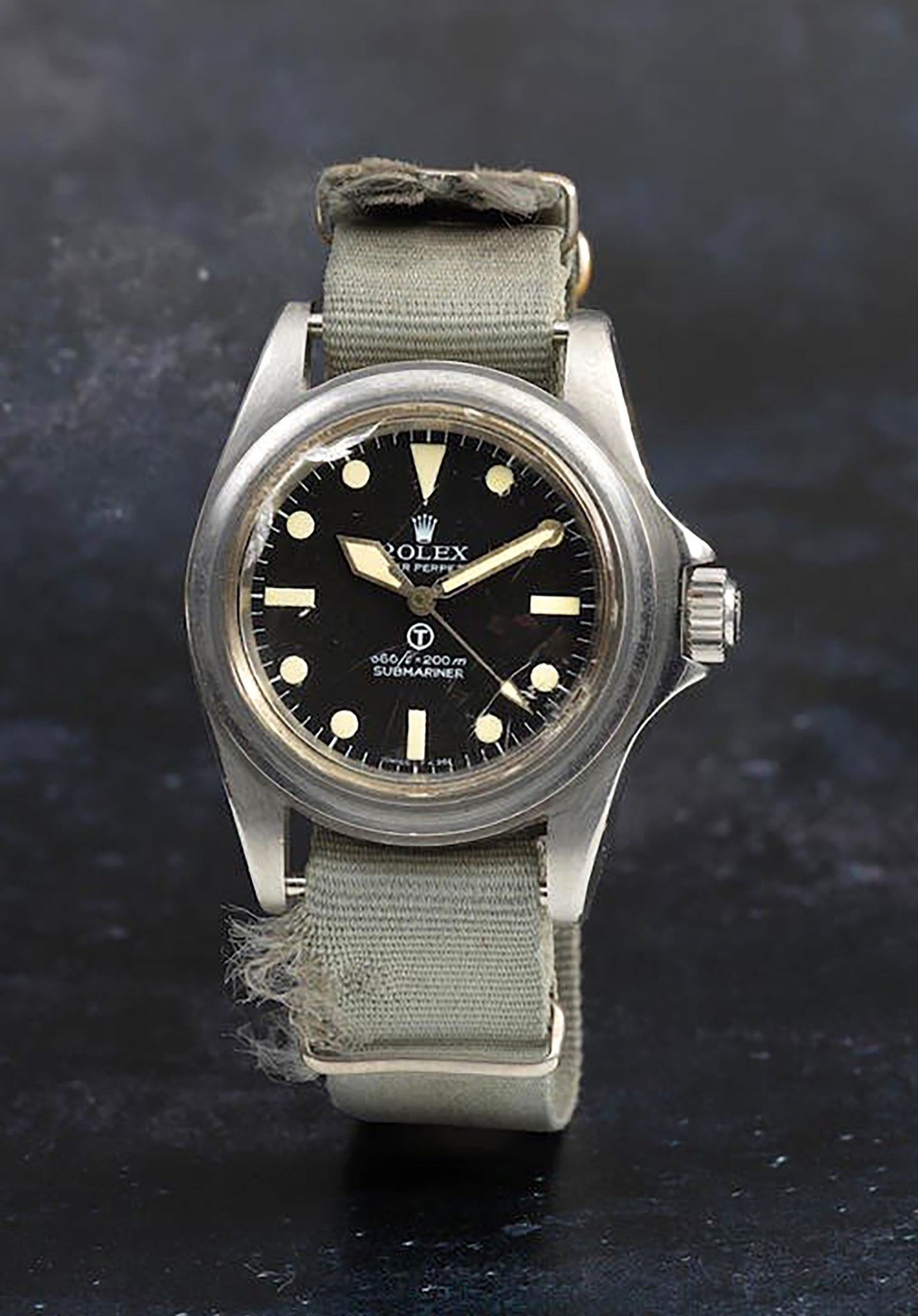 It was described as “one of the rarest and most collectable watches today”.

The owner took the Rolex to an antique shop in Crieff, Scotland.

“On first sight of this exquisite watch, I felt that there was something about it.

“The hammer price of £155,000 plus commission was above what we had hoped for and both myself and my client are overjoyed with the result.

“It was a pleasure to be able to bring the watch to market and for it to achieve such a high price.”

The sold Milsub was issued by the Ministry of Defence in the 70s to a Royal Navy diver.

The current owner – who wishes to remain anonymous – bought the watch ten years later and used it during diving.

However, the watch was consigned to a drawer when the bezel – a dial which measures how long a diver has been underwater – broke off.

“The market for exceptional watches is buoyant at the moment.

“The last original MilSub to reach the Bonhams London saleroom made £180,000, back in February.”

During the 70s no more than 1,200 Minsub watches were handed out by the MoD to Royal Navy submariners as basic equipment.

It is estimated that less than a tenth is still to be around.