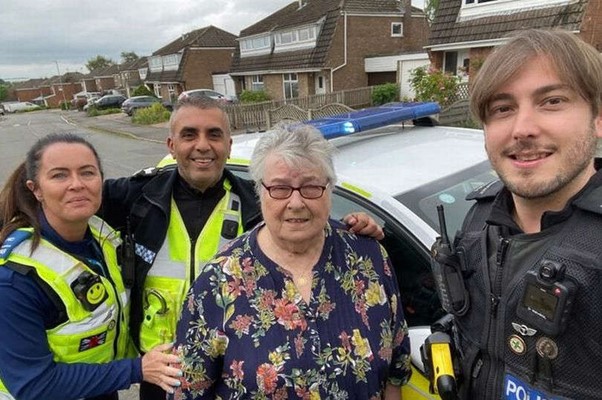 A pensioner out shopping found £3,800 in cash in a supermarket car park – and handed it in.

Annie spotted an envelope on the floor in Morrisons at Swadlincote, Derbyshire.

At first, she thought it was a balloon and tried to “pop” it with her trolley.

Instead, out burst wads of used notes.

Annie scooped up the money and went home and called the police.

“I took the money home and could not rest worrying about the person who had lost it.

“I only did the right thing.

“When I saw the envelope on the floor, I thought it was a balloon and I pushed my shopping trolley over it to pop it.

“The envelope popped and loads of money fell out.”

The owner of the lost cash has now come forward – and Annie was rewarded for her honesty.

And, as a special treat, they were delivered by a police car with blue lights and siren going off.

“She is an amazing lady who deserves the thanks and praise of the whole community.