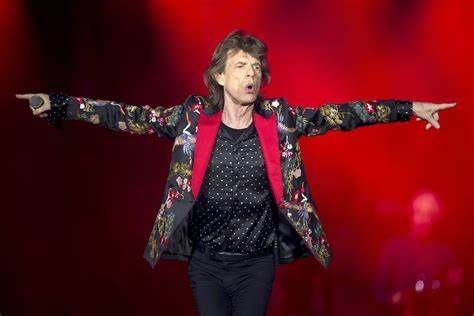 The Rolling Stones have cancelled a concert after singer Sir Mick Jagger tested positive for Covid-19.

The show in Amsterdam was called off only hours before the band was due on stage.

The Stones – Jagger, Keith Richards, Ronnie Wood, and Steve Jordan on drums – are doing 14 shows in ten countries across Europe.

A statement on behalf of the band said:

“The Rolling Stones have been forced to call off tonight’s concert in Amsterdam at the Johan Cruijff ArenA, following Mick Jagger testing positive after experiencing symptoms of Covid upon arrival at the stadium.

“The Rolling Stones are deeply sorry for tonight’s postponement, but the safety of the audience, fellow musicians and the touring crew has to take priority.

“The show will be rescheduled for a later date.

“Tickets for tonight’s show will be honoured for the rescheduled date.

The Stones opened the tour at Liverpool’s Anfield football stadium.

They will also play two shows at Hyde Park in London this summer. 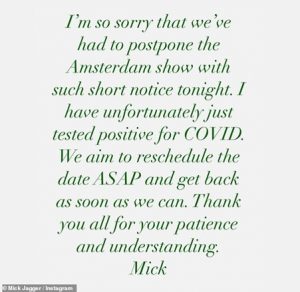