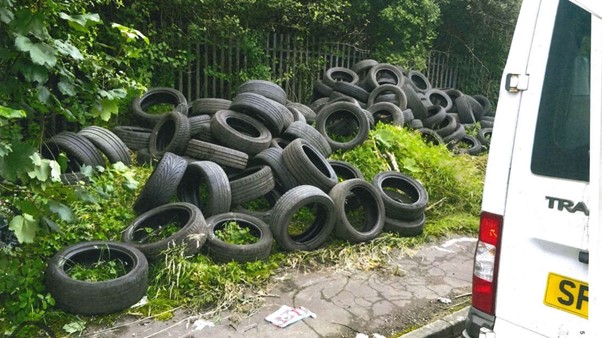 A fly-tipper who dumped more than 50 tonnes of tyres has been jailed for 11 months.

One pile caught fire and the dense black smoke disrupted flights at nearby Glasgow Airport.

Clarke, from Dunbarton, picked up the tyres from garages and charged £1 to £2 each to ditch them.

The debris was cleared up by Glasgow City Council.

Workers said they found 51 tonnes of tyres and 17 tonnes of household rubbish.

Further tyres tipped by Clarke were found at other sites in and around Glasgow.

Clarke was caught on CCTV in his van. 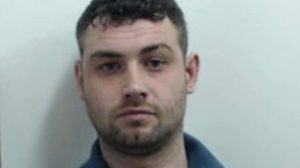 When the police called at his home he was found hiding under a bed.

During the search, a key for another hire van was found and the vehicle – parked outside his flat – was found full of tyres.

A mobile phone was seized, which held messages between Clarke and the owners of garages.

In one, Clarke said: “It’s getting a bit hot to get rid of them.”

He was not connected to the fire.

He was sentenced at Glasgow Sheriff Court to 11 months prison.

The local authority cost of clearing up his tipping was estimated at £130,000.

“Clarke was an opportunistic criminal using his illegitimate business to collect tonnes of rubbish for a fee before just dumping them across the city.

“Not only did this end up costing significant sums for the authorities to clear up, but there has been serious and long-lasting environmental damage to a number of areas where tyres or waste were heaped and set on fire.”

“It is criminal behaviour which creates an eyesore and is costly to clear up and one that the local council must often carry.”