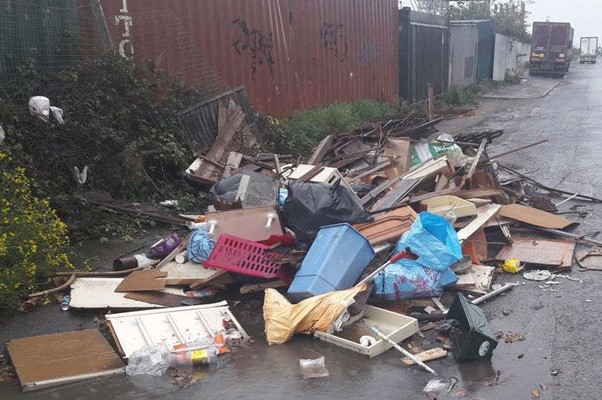 A persistent fly-tipper has had his van crushed and been ordered to wear an ankle tag.

Florian Gigel Mircea, from Ilford, Essex, was tracked down by council officials for offences going back three years.

Environment officers from Barking and Dagenham Council found a fly-tip where more than one and a half tonnes of rubbish had been dumped.

Sifting through the waste they found a delivery address for a house in Essex.

The house owner admitted he’d paid a man called Florian – a “man with a van” – to clear away the rubbish.

He gave the investigators a phone number and address.

During a conversation with the environment team Florian admitted he had collected the rubbish but paid someone to do the job.

CCTV footage later revealed two men tipping the waste from the back of the van.

The number on the side of the van was the same given to the officers for the “man with a man”.

This month Barkingside Magistrates’ Court gave Mircea a Community Order that put him under a curfew between 7pm and 7am.

He would have to wear a tag, so his movement could be checked.

He was also banned from driving for one month and ordered to pay costs of £390.

His van was crushed to ensure it is not used in the future for fly-tipping.

“This is a fantastic result from the council’s enforcement officers.

“This individual has been caught fly-tipping twice and paid a costly price.

“This shows we will use all the powers we have to take action against those who want to dump on our streets.

“I hope this serves as a deterrent to others.”