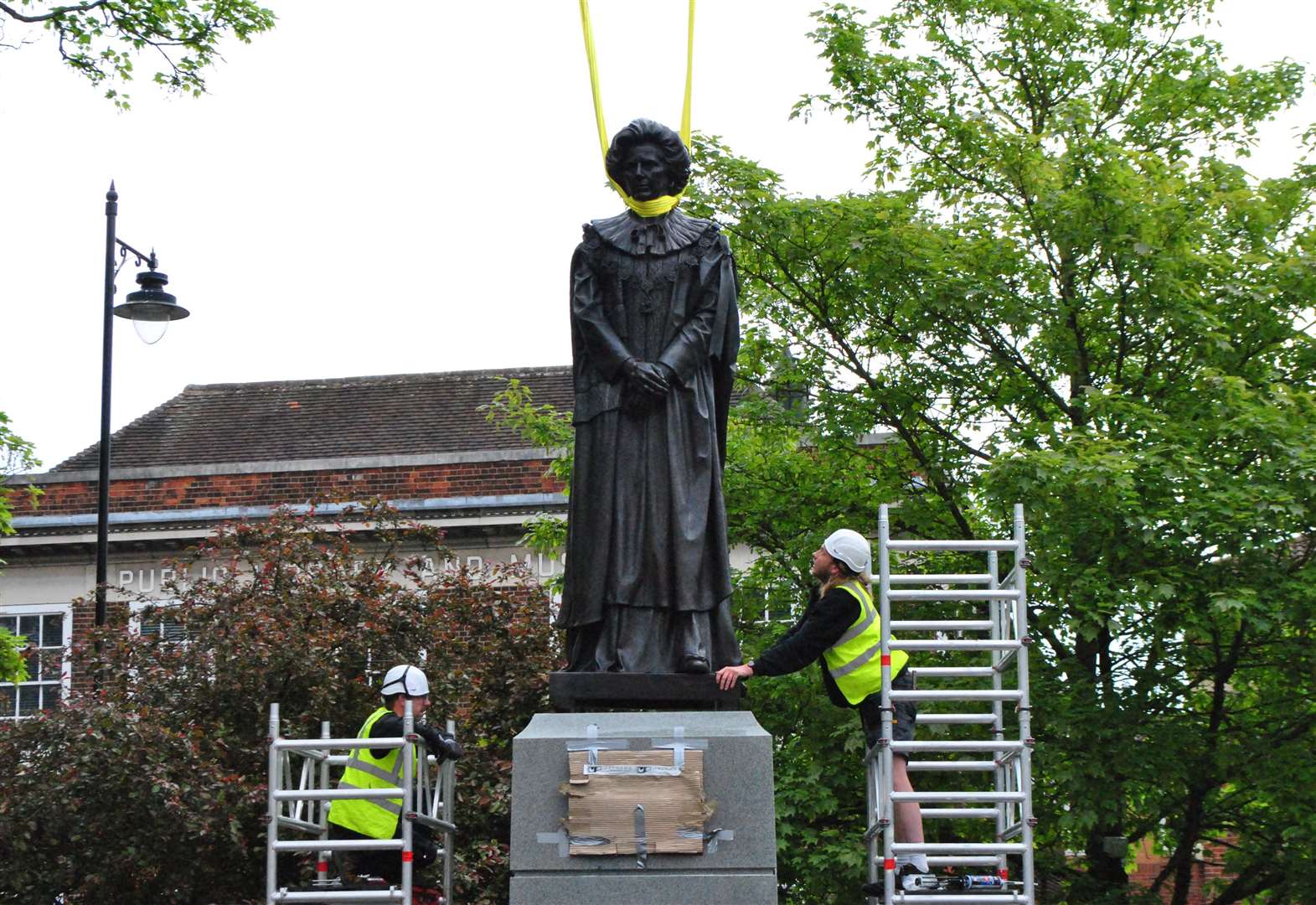 A controversial statue of former Prime Minister has been unveiled in her birthplace of Grantham, Lincolnshire.

Within minutes of the £300,000 being lowered in position it was pelted with eggs.

She was the nation’s first woman PM and won three general elections.

The statue was originally planned for Parliament Square, outside the House of Commons.

A Facebook campaign was launched to “egg” and deface the statue once it was in place.

A CCTV camera has been set up directly opposite the memorial.

“We must never hide from our history, and it is appropriate the debate that surrounds her legacy takes place here in Grantham.

“This memorial statue of the late Baroness Thatcher of Kesteven will be a fitting tribute to a truly unique political figure.

“Margaret Thatcher will always be a significant part of Grantham’s heritage.

“She and her family have close ties with Grantham.

“She was born, raised and went to school here.”

“We hope that this memorial will encourage others to visit Grantham and to see where she lived and visit the exhibition of her life in Grantham Museum.

“This is about inspiring, educating and informing people about someone who represents a significant part of Grantham’s heritage.”