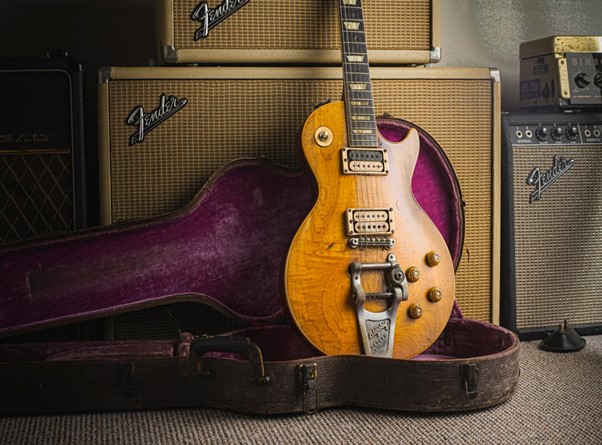 A rare Gibson Les Paul electric guitar has been sold for £175,000 after spending the last 25 years in a cupboard.

The guitar – which needs a full restoration – was sold after a woman took it to a guitar shop to be valued.

She explained her father had bought it in the mid-60s after watching Eric Clapton play.

When he stopped playing more than 25 years ago the Les Paul was put away in a cupboard.

The man’s daughter – a teacher – took the guitar to a specialist who confirmed its value.

“She’d been given the guitar to look after while he (her father) moved, and she was looking into adding it to her household insurance.

“However, she decided she would ask someone who knows what they’re doing to give a proper appraisal.

“The pictures she initially sent over weren’t very clear, so we asked her to bring the guitar in for us to have a look.

“A couple of weeks later she came in and I had a look at it.

“I could pretty much recognise what it was.

We delved into it, did our due diligence, and went back to her.

“I sort of said to her, I’ve got a bit of bad news that it is filthy unplayable, which it is.

“You couldn’t tune it up properly, and it was generally in quite a bad condition.

“Then I explained that the good news though was that when it was playable again it’d be worth about £175,000.

“It was certainly a bit of a shock. She stood there in total stunned silence for a minute and her face just dropped in disbelief.” 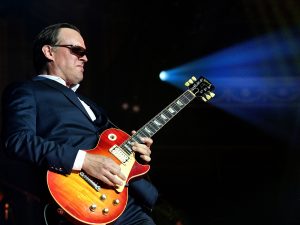 American guitarist Joe Bonamassa later contacted him and offered to buy the guitar even before it was restored.

Mr Long said: “Joe was touring Europe, so we took it along to the Royal Albert Hall in London.

“Joe is going to take it to his studio in Nashville to be restored and plans to bring it touring with him in the future.

“[The owner] is very pleased with the outcome, she’s even got some tickets to see Joe perform lined up possibly where he might even play the guitar.”