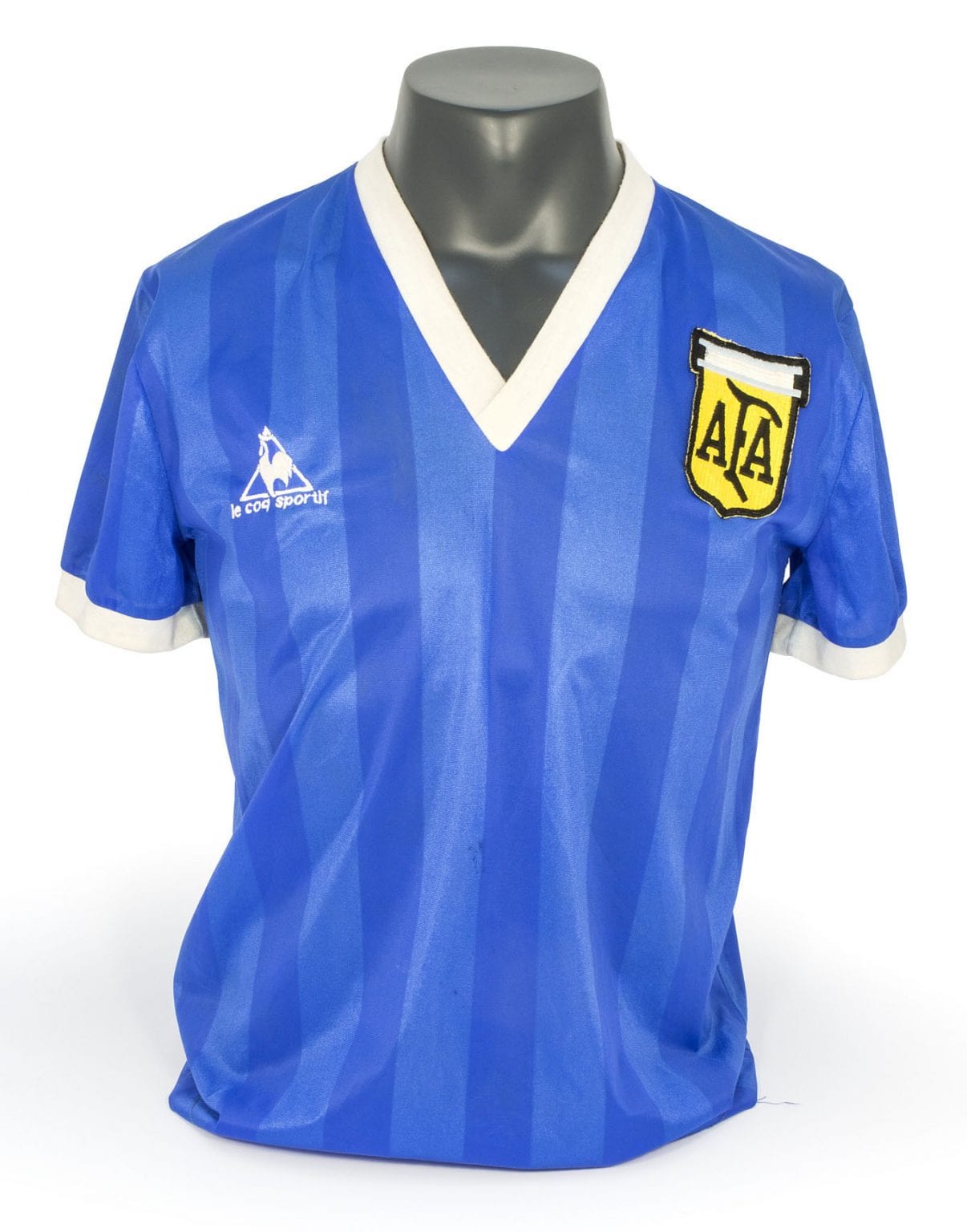 A group of Argentinian bidders is hoping to buy Diego Maradona’s “hand of God” shirt for more than £5 million.

The team wants to ensure the shirt from the 1986 World Cup game against England is returned to their homeland.

For the last 35 years the shirt has been in the hands of England player Steve Hodges.

The mid-field player swapped shirts with Maradona in the tunnel after the epic game.

Maradona not only “scored” an outrageous goal with his hand but went on to hit the “goal of the century” later in the game.

The shirt is now up for auction.

Now, an Argentinian delegation – Maradona’s family, a memorabilia company and Argentina’s FA – are in London to make a bid.

One member told The Sun:

“He [Hodges] is selling something that belongs to Maradona and the AFA without authorisation.

“It should be in Argentina in order all Argentines can enjoy it, and not for a millionaire to display it in his closet.”

“The two goals balance each other brilliantl.

“The first was really cunning and did involve an element of luck.

“But then he scored a second goal, which was one of the most unbelievable – almost angelic – goals ever.”

Argentina won the match 2-1 and went on to win the World Cup.

For the past 20 years the shirt has been on loan to England’s National Football Museum in Manchester.

“I have been the proud owner of this item for over 35 years, since Diego and I swapped shirts in the tunnel after the famed match.

“It was an absolute privilege to have played against one of the greatest and most magnificent football players of all time.

“I’m certain that the new owner will have immense pride in owning the world’s most iconic football shirt.”