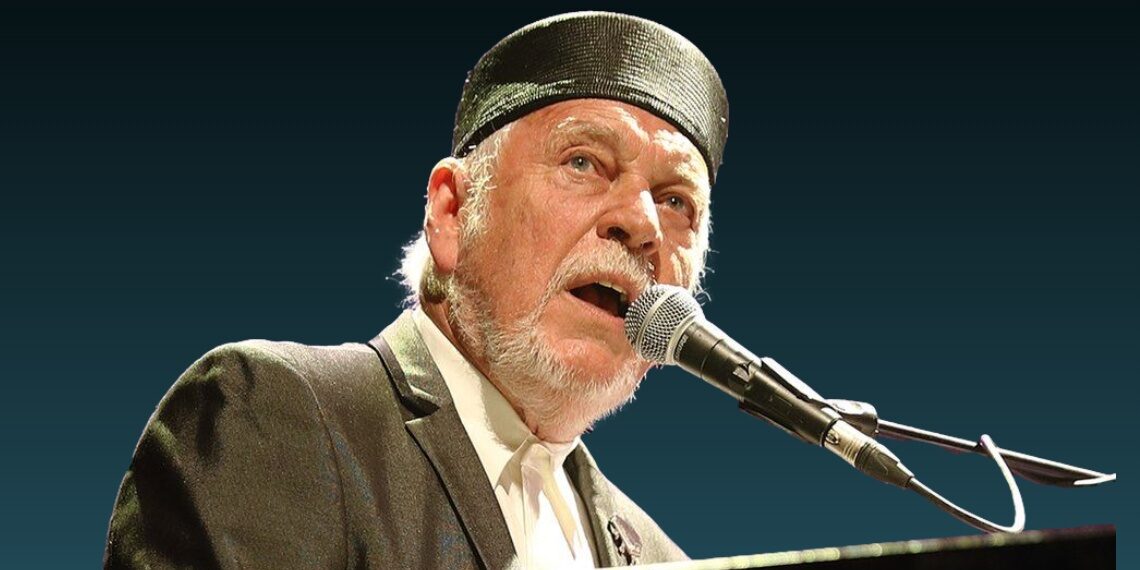 Procol Harem singer Gary Brooker had died. He was aged 76.

Brooker was behind the seminal worldwide hit “A Whiter Shade of Pale”.

With its combination of music by Bach and enigmatic lyrics from Chaucer is said to be “one of the greatest” songs ever written.

The opening line of the group’s debut single “We skipped the light fandango” introduced a song of depth and complexity many still try to decipher.

Years later the group’s Hammond organ player Matthew Fisher went to the High Court claiming his playing of he haunting music also deserved a credit – along with royalties.

The Law Lords agreed with him.

The band’s website announced the death of Brooker following a short illness with cancer.

“With the deepest regret we must announce the death on 19th February 2022 of Gary Brooker MBE, singer, pianist and composer of Procol Harum, and a brightly shining, irreplaceable light in the music industry.

“Aged 76, he had been receiving treatment for cancer, but died peacefully at home.

“Gary’s charisma was by no means confined to the stage.

“He lit up any room he entered, and his kindness to a multilingual family of fans was legendary.

“He was notable for his individuality, integrity, and occasionally stubborn eccentricity.

“His mordant wit, and appetite for the ridiculous, made him a priceless raconteur (and his surreal inter-song banter made a fascinating contrast with the gravitas of Procol Harum’s performances).

“But for all his other interests and skills – prize-winning angler, pub-owner, lyricist, painter, inventor – he was above all a devoted and loyal husband to Franky, whom he met in 1965 and married in 1968.

“Our thoughts must be with her, their families and friends at this extremely sad time.”

A Whiter Shade of Pale sold ten million copies and topped the UK charts in 1967 for six weeks.

It made number five in America with barely any publicity.

When asked about the unfathomable lyrics in 2010 Brooker said:

“People do get the feeling and the meaning of it.

“If you ask them, they sometimes go, ‘I don’t know what it’s about,’ but something like that doesn’t stay around so long without the words getting through to somebody.

“If it was only the music it wouldn’t have been so powerfully accepted.

“It creates a picture and a mood in people.

“It is basically a love story, isn’t it?”

A Whiter Shade of Pale was voted in 1977 the best UK song written between 1952 and 1977 – alongside Queen’s Bohemian Rhapsody.

Ironically, both songs use the word fandango – a fast Spanish dance.