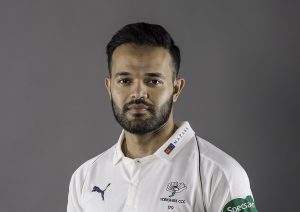 The England and Wales Cricket Board (ECB) has confirmed it will take action following his apology for making the remarks.

“We have procedures in place to address conduct and allegations of this nature and we will investigate accordingly.

“We want cricket to be an inclusive, welcoming game for everyone.”

Rafiq exchanged the comments with another player more than ten years ago.

He “joked” about a player being reluctant to spend money “because he is a Jew”.

He added the player would “probs go after my 2nds [second helping of food] again ha”, adding:

Rafiq has said he’s spoken to the player he slurred and said sorry.

“I have gone back to check my account and it is me.

“I have absolutely no excuses.

“I am ashamed of this exchange and have now deleted it so as not to cause further offence.

“I was 19 at the time and I hope and believe I am a different person today.

“I am incredibly angry at myself, and I apologise to the Jewish community and everyone who is rightly offended by this.

“At no point will I ever try and defend the indefensible.

“For those I have hurt I am sincerely sorry.

“I will continue to front up & own any more mistakes I have made.”