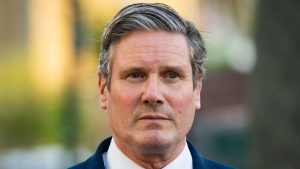 The news came as Chancellor Rishi Sunak unveiled his Budget.

And Shadow Chancellor Rachel Reeves stepped up to respond to the budget instead of Sir Keir.