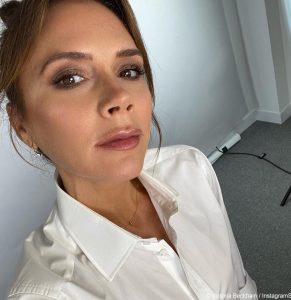 Victoria Beckham has said she will not sing again with the Spice Girls.

Posh Spice, 47, didn’t join the other girls for a reunion tour two years ago.

And she’s ruled out singing again with Geri Horner, Emma Bunton, Mel B and Melanie C should they go on stage again.

“The fans have always been so great, and it was such a wonderful journey but for me now focusing on fashion and beauty.

“What I love about beauty is really getting in the lab and being creative and really focusing on that clean beauty message.

“It’s developing products that I love, working closely with my community — so ultimately I’m giving them what they want, what they really, really want.”

However, despite Victoria’s refusal to join the girls on stage, Mel C said Posh would change her mind if offered Glastonbury.

“Well, between you and me, Mrs Beckham would love to do Glastonbury.

“It’s something that I know has been rumoured a lot, but it’s not been seriously talked about.

“But we do constantly talk about getting back on stage because the shows in 2019 were incredible.

“We’d love to do it again – once the world allows.”