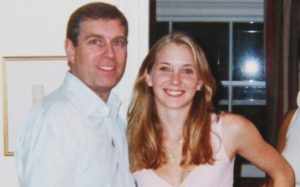 Scotland Yard will take “no further action” into the alleged sex offences of Prince Andrew and Jeffrey Epstein.

It was claimed Epstein – a convicted paedophile – brought teenage girls to Britain for his friends to sleep with.

One victim, Virginia Giuffre, claimed she was assaulted by the Prince – a claim he has strenuously denied.

Scotland Yard conducted two reviews into the evidence that Ms Giuffre had been groomed or abused by Epstein.

There was a separate investigation into the claims against Andrew.

In a statement, Scotland Yard said:

“The Metropolitan Police Service continues to liaise with other law enforcement agencies who lead the investigation into matters related to Jeffrey Epstein.

“As a matter of procedure MPS officers reviewed a document released in August 2021 as part of a US civil action.

“This review has concluded, and we are taking no further action.

“We also reviewed information passed to us by a media organisation in June 2021.

“This review is complete, and no further action will be taken.”

Buckingham Palace has called the claims “false and without foundation”.