Man charged after death of sparrowhawk in Scottish Highlands 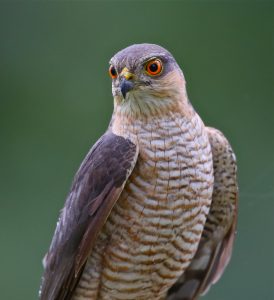 A man has been charged with killing a sparrowhawk in the Scottish Highlands.

Police officers were alerted to an incident on land near Inverness.

Following an investigation, a 22-year-old man has been charged with wildlife crime.

A report will be sent to the Procurator Fiscal.

“We are committed to tackling wildlife crime in the Highlands and work closely with a range of partners to ensure all incidents are thoroughly investigated.

“We know this is an issue which concerns many people in communities across the region and I would encourage anyone who has concerns about wildlife crime in their area to call Police Scotland on 101.”