Scientists looking to bring back the extinct Woolly Mammoth 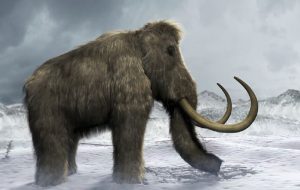 Woolly mammoths could roam again as scientists look to recreate a species made extinct 10,000 years ago.

Scientists hope to produce a hybrid animal by growing embryos in a laboratory from Asian elephant cells and mammoth DNA.

The “Jurassic Park” experiment could see calves born with the next six years.

Prof Church said: “Our goal is to make a cold-resistant elephant, but it is going to look and behave like a mammoth.

“Not because we are trying to trick anybody, but because we want something that is functionally equivalent to the mammoth, that will enjoy its time at -40C, and do all the things that elephants and mammoths do.”

The purpose is not to make a perfect copy of a Woolly Mammoth but create an Asian elephant that can thrive in the Arctic.

In terms of the earth’s history Woolly Mammoths disappeared a brief time ago.

They roamed the grasslands of North America, Russia, and Europe before becoming extinct.

However, not all experts agree on the reintroduction..

Dr Victoria Herridge of the Natural History Museum said the project was “implausible”.

She added: “There are a lot of questions raised by this project.

“The key ethical points are the aspects of animal experimentation and husbandry. What is this creature? Is it a new species? How many do you need?

“Then if they succeed, what will the needs be of an intelligent social creature? And what are our obligations to it?”