A bumper crop is cherry on the cake for fruit growers 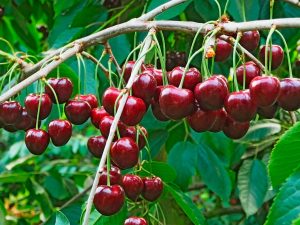 A bumper crop of British cherries is set to hit the market.

The massive yield was helped by July’s hot weather.

Tesco has ordered an extra 115 tonnes of the fruit.

“For the next two to three weeks the UK will be getting an abundance of super sweet, classic British cherries.

“It’s a total contrast to what we were experiencing back in April and May which, because of the unseasonal weather, resulted in a far colder start to the cherry growing season than usual.

“This meant that the cherry trees were dormant for longer and pushed the start of the season back by up to three weeks but helped the trees build energy and potential resulting in the high-quality fruit coming through now.”

British growers are expected to pick more than 6,000 tonnes of cherries this year – double the harvest in 2018.