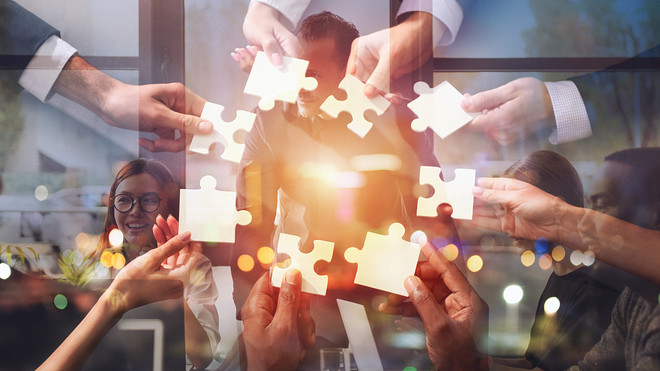 The M&A market is in the midst of a boom not seen since the 1980s. After months of instability, unpredictability and frankly, doom and gloom, businesses are no longer afraid of folding and are instead looking to expand. Research from Refinitiv makes for an exciting read – M&A activity hit a record high for the third straight month in May, while the total value of pending and completed deals announced between January-May hit an all-time record of $2.4 trillion. In addition, SPACs continue to boom, hitting a record $348 billion in the same period. Meanwhile, the tech sector remains the top dog, reaching $503 billion in deals.

Why then, just months after the most significant economic shock the global economy has seen, are we in the middle of a boom resembling the Big Bang?

The pandemic has divided businesses into two categories; winners and losers. While it may sound crude, many firms and corporations have had a ‘good pandemic’. The accelerated shift to digital meant that companies who sold goods and services online have seen their profits swell since the first lockdown. Zoom, Amazon, even UK supermarkets, have all recorded phenomenal earnings.

On the other hand, many firms have barely made ends meet while certain business models and industries have been rendered obsolete due to a shift in consumer behaviour. Hospitality and travel are prominent examples, but hundreds of thousands of smaller businesses are on a cliff edge or have already tumbled off.

For the former, the conditions are ripe to expand their businesses even further. Armed with financial war chests and low-interest rates, they’re on a shopping spree – buying out weak firms but also saving jobs.

Prism Group AG is one firm that has weather the COVID storm and is in a strong position. The group has embarked on the ambitious mission of creating a fintech powerhouse in the Middle East, teaming up with Royal Strategic Partners to rescue troubled payment platform Finablr while agreeing a deal to buy Bahraini remittance and currency exchange firm BFC Group Holdings. Finablr, which includes the UAE Exchange, Unimoni and Xpress Money brands, was in dire straits after the fraudulent actions of its previous owner pushed the company to the brink of administration. But rather than let Finablr collapse, Prism intends to pull it back from the brink, saving and creating thousands of jobs in the process and building on the proprietary technology that had earlier made the firm successful.

M&A’s of this nature will only continue and likely accelerate in the coming months. Many firms, especially in the UK, have been limping on throughout the pandemic thanks to taxpayer-funded support. But, like a patient on life support, these zombie firms have no future and would have collapsed months ago if not for support packages like the government’s furlough scheme.

But in the words of Julie Palmer, partner at insolvency specialists Begbies Traynor, “the dam of zombie businesses could be about to break.” As the government begins to turn off the taps of support, many businesses will be at serious risk of insolvency. But simply reopening the economy will not be enough to save them as the shift to digital is permanent, and consumer behaviour has changed forever.

But the UK just cannot let these firms collapse, which will cause a wave of unemployment and destroy livelihoods, sowing discontent into already fractured communities. It is also a complete waste of taxpayer money, with trillions spent propping up such businesses. So rather than let societies decline and flush taxpayer money down the toilet, we should be encouraging M&A as a viable solution.

Unfortunately, we have a government and regulator who are standing in the way of dealmaking rather than nurturing it. Thanks to bureaucracy and red tape, many deals are still sitting in the FCA’s in-tray, waiting for the stamp of approval, just like the Prism & Finbalr acquisition. Despite regulators in all relevant countries signing off on the transaction, the UK’s watchdog continues to drag its feet. Every wasted minute only threatens the deal, ending Finablr’s plan to save and create thousands of jobs. This is not the business-friendly image the government promised to project when the UK left the EU.

To restore Britain’s competitive edge, maintain this boom and spur job creation, the government and regulator must step aside and let businesses drive the economic recovery. Only then will the UK have an economy robust enough to meet the challenges of the ‘new normal’.