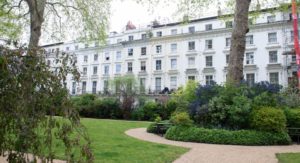 A privately-owned one-acre garden in London is up for sale for the first time in 165 years.

Prince’s Square Gardens was created in 1856 in Notting Hill.

It is currently used by members who pay £400 a year to walk the grounds.

The price tag for the garden has not be revealed.

“Over the course of last year there has been an increased focus on access to outside space.

“This asset offers something that so many people, who live in London want, which makes it a once in a generation opportunity to become the owner of a one-acre garden in central London.

“We expect interest from a wide range of sources, but in particular from local stakeholders, who don’t have access to outside space and where this type of exceptional amenity will enhance either a business or indeed a lifestyle.”