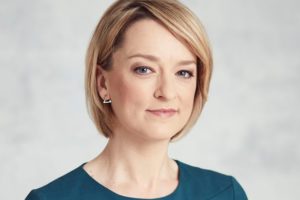 The BBC has dismissed a complaint about its political editor Laura Kuenssberg using the phrase “nitty-gritty”.

Anti-racist campaigners claimed the words originated during the slave trade.

However, linguistic experts dismiss the suggestion – suggesting it comes from the 1940s.

Ms Kuenssberg’s remark came as she commented last November on the departure of communication chief Lee Cain from Downing Street.

She said: “Before we get into the nitty gritty for saddo nerds like us who are fascinated by all this soap opera…”

The matter was initially dismissed by the BBC but quickly escalated towards to a higher executive level.

It has been dismissed again.

According to the Oxford English Dictionary, nitty-gritty means:

“The fundamentals, realities or basic facts of a situation or subject. The heart of the matter.”

“There is no evidence to support the suggestion that ‘nitty-gritty’ has any connection with slave ships.

“It may have originated in the USA as an African-American expression, but that’s as near as it gets to slavery.”