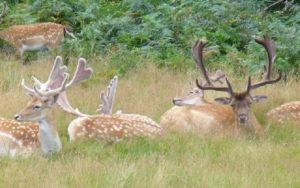 A dog owner has been fined £600 after his Red Setter mauled a deer in Richmond Park, West London.

Passers by formed a barrier between the dog and deer but could prevent it being savaged.

The deer was later put down by a park ranger.

People were horrified as Franck Hiribarne’s dog Alfie rushed up to the resting deer and bit it.

The Setter continued to bark at the animal before launching into a “relentless” attack.

Sadly, as the deer tried to escape, she was hit by a car – breaking her leg.

Hiribarne went to the Royal Parks office to inform them of the attack.

In a statement to police, he said he regularly walked Alfie on a lead in the park.

He’d let her off when they reached an open space away from deer and vehicles.

“All of a sudden, I and Alfie came across a lone small deer sitting hidden in the long grass in an open area about 150 metres away from the road and both the deer and Alfie were startled by each other.

“The deer sprang up and started to run and Alfie got spooked and ran after the deer.

“I called Alfie back repeatedly and used my dog whistle too but Alfie was too distracted by the deer and continued to chase it and did not respond.

“I ran after them and by the time I caught up with them, I saw the injured deer by the roadside and some members of the public standing surrounding the deer, keeping Alfie away from it.

“(He) was hyperexcited, barking and trying to lunge at it.

“I was genuinely shocked and sorry for what had happened and since then I have refrained completely from letting Alfie off  his leash in any park.

“I have also taken a special dog trainer specialised in gun dogs to control more accurately any of his hunting instincts.

“He has made great progress.”

Hiribarne, 44, of Kingston, West London, pleaded guilty to causing or permitting an animal they were in charge of to injure another animal in a Royal Park at Wimbledon Magistrates’ Court.

“This incident highlights that even the most careful of dog owners may not see a deer until it is too late.

“Your dog may never have chased the deer before, but once is too many, and this deer paid with her life.

“If you do not know how your dog will react around the deer, or you know they will chase them, then please respect the wildlife by keeping them under control on a lead or choose an outside space other than Richmond or Bushy Parks to walk off lead.”

“Sadly, this was the fourth deer that died over the last year as a result of dog chases in Bushy and Richmond Parks.

“We’ve had 58 incidents of dogs chasing deer reported to us since March 2020, and it’s completely unacceptable.

“It’s imperative that owners ensure their dogs are under control at all times.” 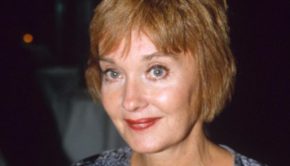