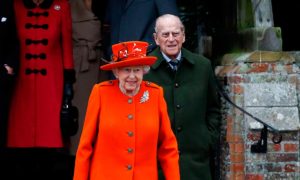 The Queen and Prince Philip have been given the Covid-19 vaccination, Buckingham Palace has confirmed.

The Royal couple was given the inoculation by a doctor at Windsor Castle, where both have been isolating.

The Queen, 94, and Prince Philip, 99, are well within the Government guidelines to receive the treatment.

“The Queen and The Duke of Edinburgh have today received Covid-19 vaccinations.”

And a Royal source added that it was a Household Doctor who gave the jabs.

The source said – although it was unusual for the Palace to comment on the couple’s health – it was important the treatment was made public.

“Her Majesty decided that she would let it be known she has had the vaccination to prevent inaccuracies and further speculation”.

It is not known which coronavirus vaccine was administered.