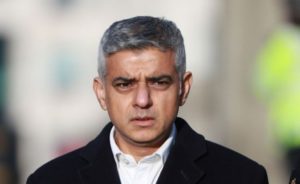 The Mayor of London Sadiq Khan has declared a “major incident” in the city as Covid-19 cases rampage unabated.

And currently 7,034 people are in hospital being treated for the virus.

That is 35% higher than the peak of the crisis last April.

The ever-increasing numbers have put a strain on other emergency services.

The London Ambulance Service is now handling up to 8,000 emergency calls a day – compared to its usual 5,500.

Sir Simon Stevens, CEO of NHS England, said more than 800 patients a day are being admitted to London hospitals.

He added: “That’s the equivalent of a new St Thomas’ hospital, full of COVID patients every day.”