David Hasselhoff is selling his own Knight Rider K.I.T.T. car 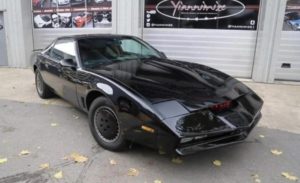 David Hasselhoff is selling his own Knight Rider car – and he’ll deliver the vehicle in person.

There’s another two weeks to before the auction ends in California.

“The Hoff” and his talking car K.I.T.T. – Knight Industries Two Thousand – were the essential ingredients in the classic crime caper show.

The car comes with all its flashing lights and alarms – but doesn’t include its array of weapons.

Some of the proceeds from the sale will go to charity. 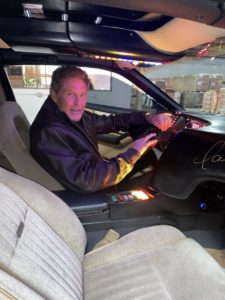