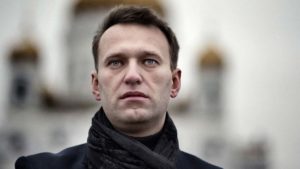 More British officials have been banned from going to Russia in a tit-for-tat response to UK sanctions imposed after the poisoning of opposition leader Alexei Navalny.

A statement added that Russia had “decided to expand the number of British citizens who are denied entry to our country.”

Last October the British Government said it would follow the EU in sanctions against Russian officials.

The action came after the attack on Navalny with the Novichok nerve agent.

British penalties included entry bans and freezing the assets of six Russian officials, including the head of the Federal Security Services (FSB).