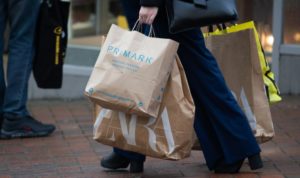 Regardless of Covid-19 restrictions hundreds of thousands of shoppers hit the High Street for the Boxing Day sales.

Prime Minister Boris Johnson had urged the nation to be cautious about going out.

He told people to “think carefully” about avoiding crowds as millions moved into the tougher Tier 4 restrictions.

But up and down the country queues formed in the small hours of the morning to snap up bargains.

Despite the economic splurge sales at shops are still predicted to fall by 56% to £1.4 billion, according to the Centre for Retail Research and VoucherCodes.co.uk.