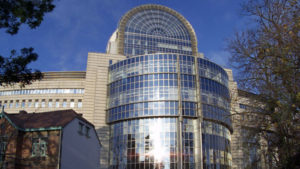 EU officials are meeting on Christmas Day to assess the Brexit deal with Britain.

Within hours of the deal being announced EU members were showing support for the outcome.

However, legally the deal must be voted through unanimously.

Approval is urgent given the transition period between the UK and the EU ends in days (January 1st, 2021).

The Commons is expected to give the deal the nod – however, some Labour MPs have threatened not to support the agreement.