Early man could have gone into winter hibernation, say scientists 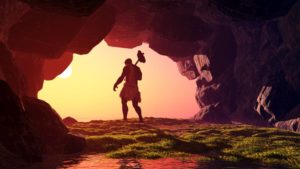 Early humans could have gone into hibernation to survive harsh winters, say scientists.

Just like some modern mammals like hedgehogs and bears it’s thought humans lowered their metabolic rate and slept for several months.

Scientists found from examining human bones more than 430,000 years old they had similar damage and lesions to those of hibernating animals.

Lead researchers on the study admit the theory sounds like “science fiction”.

However, they argue that other mammals still retain the in-built ability to hibernate.

“It is a very interesting argument, and it will certainly stimulate debate.

“However, there are other explanations for the variations seen in the bones and these have to be addressed fully before we can come to any realistic conclusions.

“That has not been done yet, I believe.”