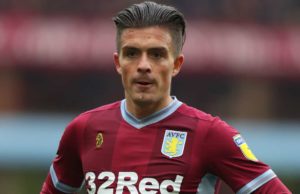 The England player was also fined £82,499 after crashing his Range Rover in the first month of lockdown.

The 25-year-old was sentenced at Birmingham Magistrates’ Court.

One involved a series of crashes in Dickens Heath, Solihull, West Midlands.

The incident was captured on CCTV which was later released by West Midlands Police.

An eyewitness said Grealish smelt of “intoxicating liquor” and his speech was “slurred”.

Only 24 hours earlier Grealish posted a Twitter video message urging people to stay at home to save lives and protect the NHS.

He was followed by a unmarked police car.

He was doing more than 90 mph and tailgating other drivers.

All is payable within seven days.

The winger will also have to apply for a new licence, once his ban ends.