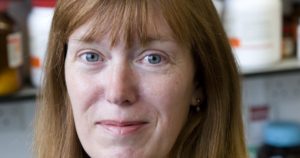 The University of Oxford has high hopes its Covid-19 vaccine will be ready by the end of the year.

The serum from Oxford and AstraZeneca is still to be approved for use in Britain.

However, Oxford University vaccinology professor Sarah Gilbert revealed the chances of having the jab within weeks are “pretty high”.

“I think the chances are pretty high.

“So, having multiple shots on goal, multiple irons in the fire, is what we really need.”

Professor Gilbert said the Oxford/AstraZeneca vaccine could give better protection if combined with other candidates.

Results show the Oxford/AstraZeneca vaccine has 62% efficacy when one full dose is given followed by another full dose.

However, when people were given a half dose followed by a full dose at least a month later, its efficacy rose to 90%.

The combined analysis from both dosing regimens gave an average value of 70 per cent.

Britain has ordered 100 million doses of the Oxford/AstraZeneca jab