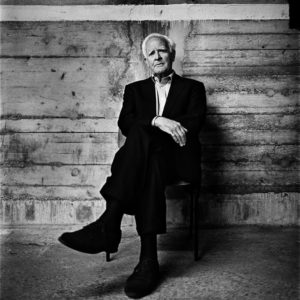 He died after catching pneumonia.

His agent Jonny Geller said the death was not related to Covid-19.

He went to the University of Oxford before becoming an undercover intelligence officer.

He worked for MI5 in 1958, later transferring to MI6 – the foreign side of intelligence.

Posing as a second secretary at the British Embassy in Bonn, Germany, he gathered information.

His intimate knowledge and spy-craft led him to write novels.

Jonny Geller said: “With much sadness, I must announce the passing of one the world’s great writers – John le Carré.”

Geller added that le Carré was an “undisputed giant of English literature” – a writer who defined the Cold War era.

His third novel The Spy Who Came In From The Cold, published in 1963, brought him international fame.

It was turned into an award winning 1965 film starring Richard Burton.

and the workings of “The Circus” – Britain’s secret service.

“It is with great sadness that we must confirm that David Cornwell – John le Carré – passed away from pneumonia last Saturday night after a short battle with the illness.

“David is survived by his beloved wife of almost 50 years, Jane, and his sons Nicholas, Timothy, Stephen and Simon.

“We all grieve deeply his passing.

“Our thanks go to the wonderful NHS team at the Royal Cornwall Hospital in Truro for the care and compassion that he was shown throughout his stay.