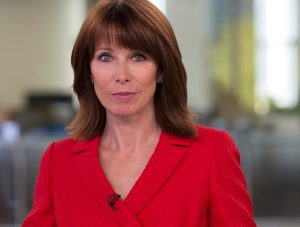 Ms Kay was snapped in the first-class lounge at Heathrow Airport.

Accommodation at the resort costs £1,462 a night.

“Lovely people, whatever else you read be safe in the knowledge I was always heading to my beloved Africa on Friday to sit with lions. They kill for food not sport.”

In a statement Sky said:

“Over the course of the evening, Covid guidelines were breached.

“Sky News expects all team members to fully comply with the COVID restrictions. All those involved regret the incident and have apologised.